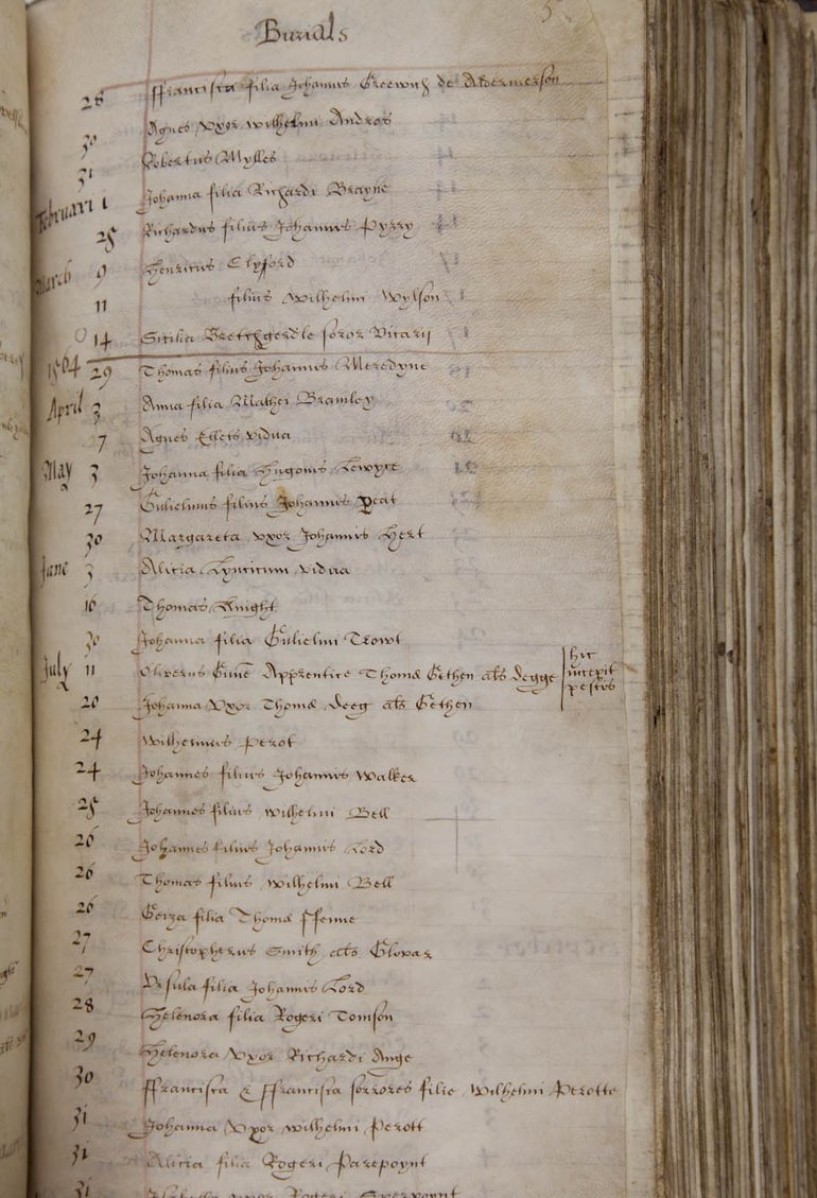 'And here begins the plague...'

A Page from the Stratford-upon-Avon Parish Register

In 1564 the Stratford-upon-Avon parish register records both the birth of William Shakespeare and the death of a weaver named Oliver Gunn. If you look carefully at the page of the register showing Oliver Gunn’s death, you will notice a Latin phrase ('hic incipit pestis') next to the entry in the bottom right-hand corner. Translated into English, the phrase says ‘here begins the plague.’

The outbreak of plague would have caused panic in Stratford-upon-Avon. The disease was deadly in Tudor times, with the infected usually dying within four days.

Residents would have been looking out for anyone displaying the first symptoms of plague; one of the most noticeable symptoms were boils (buboes) under the arms. The boils would then spread to the rest of the body and sometimes become putrid, blacken and burst.

By September 1564, the plague had reached its peak in Stratford-upon-Avon with approximately 83 deaths in the month. “This is a visual gag (joke) on the first mention of the plague in the parish register - births, marriages and lots of deaths.” (Martin Brown)

Click here to learn more about catching the plague in Shakespeare's time.