Playbill - Slave! and Padlock at the Royal Shakespearean Theatre, Stratford

The second appearance of Ira Aldridge in Stratford, on April 30 1851, this time he performed in 'Slave! Or, the Revolt of Surinam' where he played Gambia the slave. The playbill begins:

"The Unprecedented Novelty of a native African personating Dramatic Characters has excited a degree of interest unparalleled in the annals of the drama, and his enthusiastic reception and success, in all the principal Theatres in Great Britain, has induced the Lessee, at a very considerable expense, to form an engagement with him for a limited number of nights."

The second play on the bill is 'Padlock' in which Aldridge played Mungo, a part he was becoming well-known for. In this play he sang three songs, "Dear heart, what a terrible life I'm led", "Opossum up a Gum Tree" and "The Negro Boy". 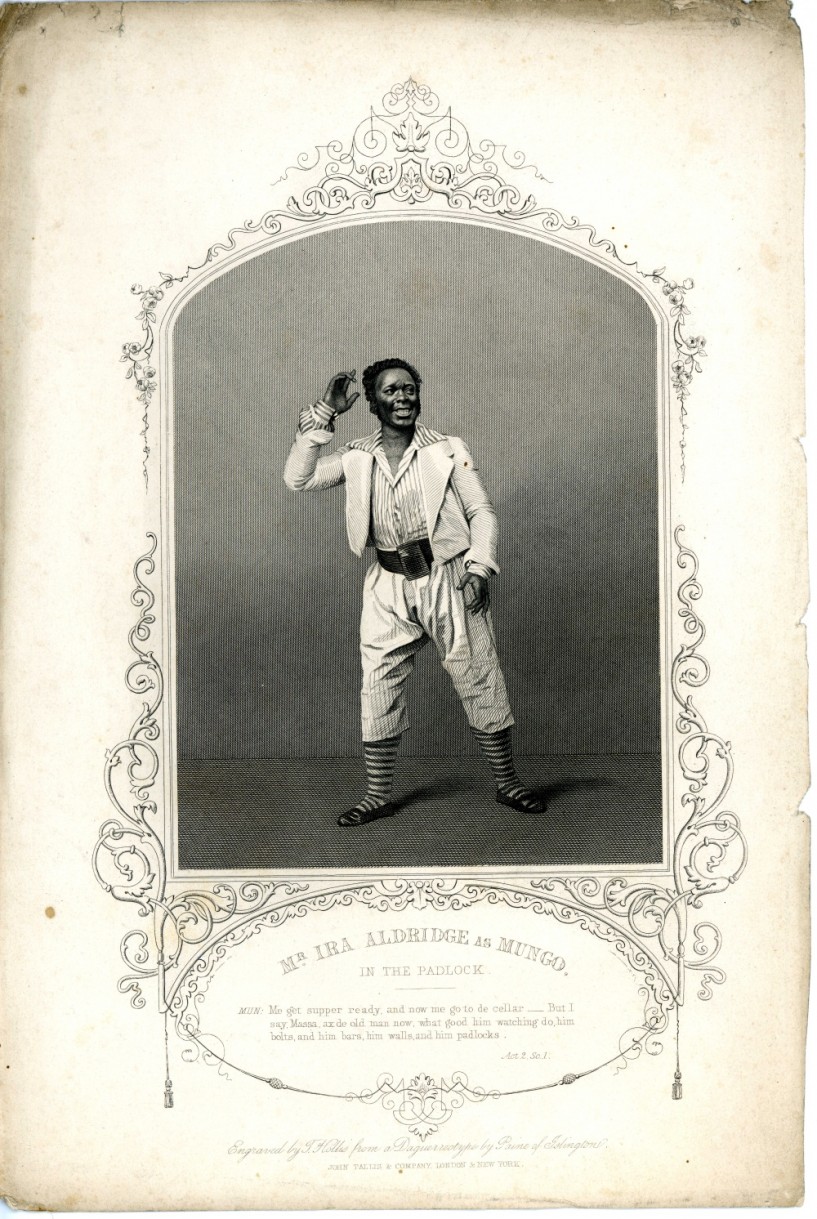 An engraving of Ira Aldridge playing Mungo in The Padlock.