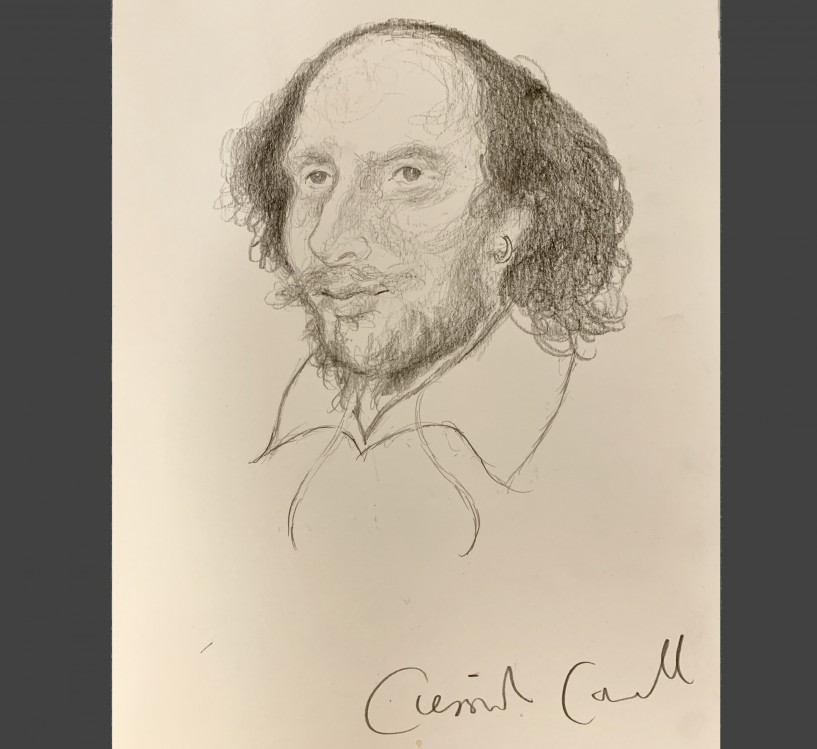 Cressida Cowell is currently the Waterstones Children's Laureate (2019 - 2021). She is the author and illustrator of the bestselling The Wizards of Once and How to Train Your Dragon books series, and the author of the Emily Brown picture books, illustrated by Neal Layton. The Wizards of Once series has been translated into 37 languages and has been signed by DreamWorks Animation. How to Train Your Dragon has sold over 11 million books worldwide in 38 languages and is a major DreamWorks Animation film franchise, as well as being made into a TV series on Netflix and CBBC. Cressida is an ambassador for the National Literacy Trust and the Reading Agency, a Trustee of World Book Day and a founder patron of the Children's Media Foundation. She has won numerous prizes, including the Gold Award in the Nestle Children's Book Prize, The Blue Peter Book Prize and the Hay Festival Medal for Fiction.

'My drawing is inspired by a painting called the Chandos portrait. We do not know whether this really is a true likeness of Shakespeare, but I find this image is more representative of my own idea of who Shakespeare was than the bust above his tomb, which is rather unemotional and dull. I used pencil because I feel this is a medium that expresses his spirit of gentle, empathetic, but lively intelligence. I tried to make the picture a little ghostly and mysterious, because I find Shakespeare tantalisingly un-knowable, even though I have read so many biographies about his life.

'We do not know what Shakespeare really looked like, so when you are drawing your own portrait, you can draw your own sense of what kind of person he was. You can use your imagination, experiment with different mediums because Shakespeare's work was all about imagination.

'To quote A Midsummer Night's Dream: 'The poet's eye, in a fine frenzy rolling, doth glance from heaven to Earth, from Earth to heaven; and as imagination bodies forth the forms of things unknown, the poet's pen turns them to shape, and gives to airy nothing a local habitation and a name.'