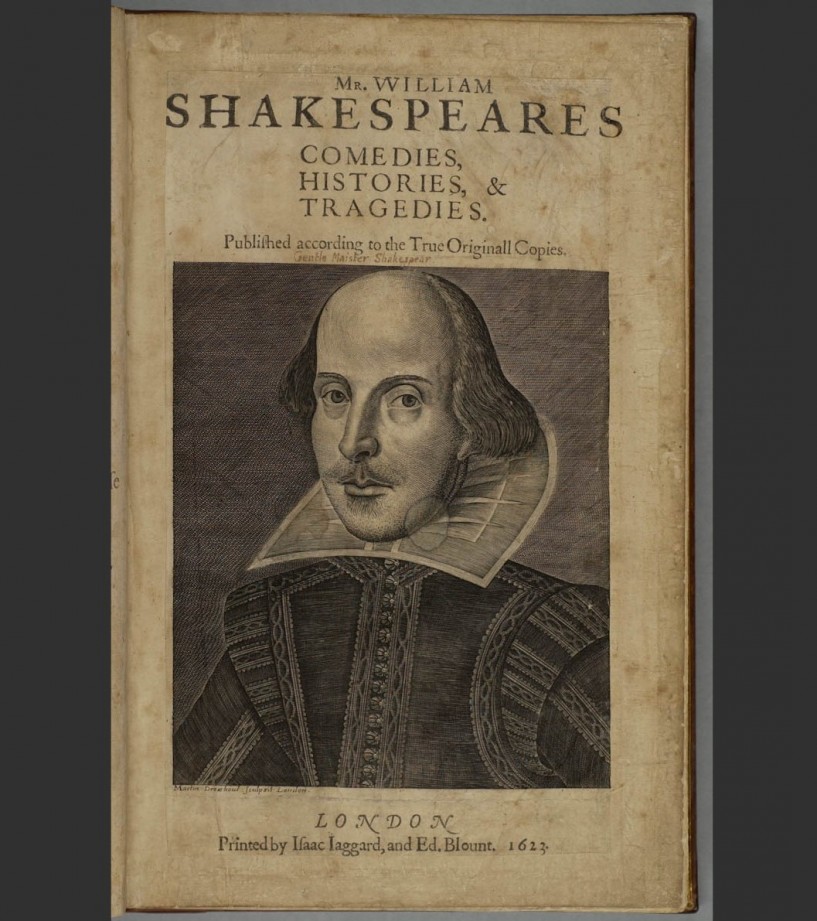 How big is it?

Engraving in the First Folio

Martin Droeshout was a Flemish engraver born in 1600. He moved to England as a child, and remained there until his death in 1650. Droeshout was 21 when he created this picture of Shakespeare for the First Folio in 1623. The portrait is still the most popular and famous image of Shakespeare.

Since the publishing of the First Folio, most artists have used this portrait as their inspiration when trying to create a portrait of Shakespeare. Does this portrait remind you of any of the other portraits in the exhibition? Can you see any similarities or differences between this portrait and other pictures of Shakespeare you have seen?

Martin Droeshout created his portrait as an engraving. An engraving is created by carving an image into a block of metal (such as bronze) using a very fine chisel called a ‘burin’. Ink is then put over the design, and then printed again and again onto paper.

Try a simple engraving yourself using blank scratch art sheets and scratch tools (you can buy them from suppliers such as Baker Ross). You could follow one of the step-by-step videos such as the one by Jane Porter or Jennie Maizels in this exhibition to create your own Shakespeare portrait.