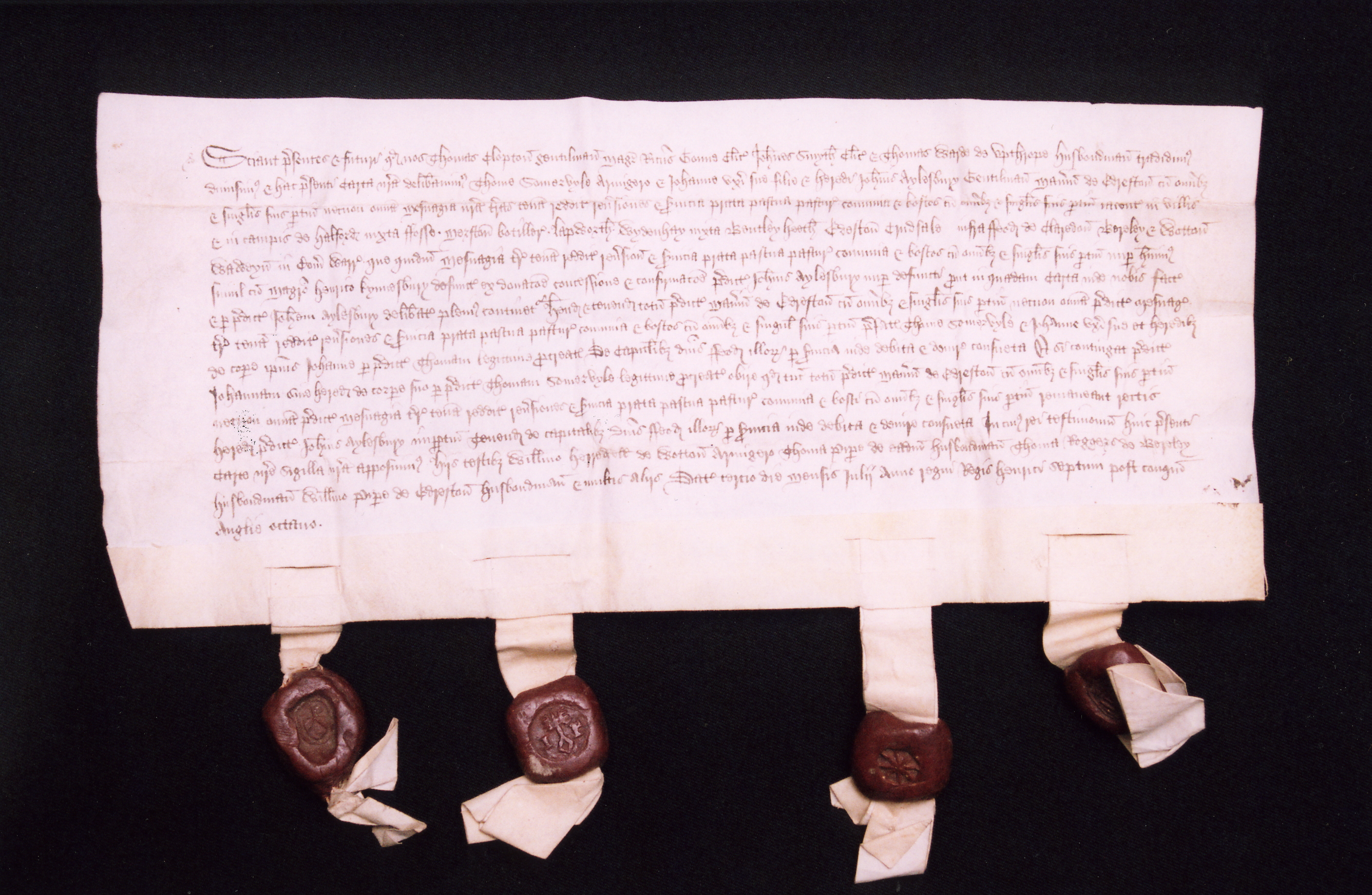 Record of livery of seisin by Thomas Clopton, gentleman, Master Richard Gonne, clerk, John Smyth, clerk, and Thomas Warde of Upthrope, husbandman, to Thomas Somervyle, gentleman, and Joan his wife, daughter and heir of John Aylesbury, gentleman, of the manor of Edreston [Edstone], including their messuages, lands, tenements, rents, reversions and services, meadows, grazing, pasture, common land and woods lying in the vill and lands of Halford juxta Fosse, Merston Botiller, Lapworth, Wydenhay juxta Bentley heeth, Edeston Cridsale within the fees of Claredon, Bereley and Wotton Waweyn in the county of Warwick, which they previously held together with Master Henry Kynnesbury, deceased, by gift, grant and confirmation of John Aylesbury, recently deceased, as appears more fully in the charter made by John Aylesbury. Thomas Somervyle, Joan his wife, and the lawful heirs of the body of Joan by Thomas, to hold of chief lords of those fees for the due service which is by right accustomed. If it happens that Joan dies without any lawful heirs by Thomas, then the whole of the manor of Edstone and the aforesaid messuages etc. will pass to the direct heirs of John Aylesbury forever, to hold of the chief lords of those fees for the due services which are by right accustomed. Witnesses: William Herrewell of Wotton [Wootton], gentleman; Thomas Pipere of the same, husbandman; Thomas Roggers of Bereley [Bearley], husbandman; William Pipere of Edreston [Edstone], husbandman. Given: 3 July, 8 Henry VII [3 July 1493]. Seals: 4 red wax on tags: (1) 1 in., shield (2) 1 in., key[?] and I F (3) 1 in., starfish[?] (4) 1 in., crowned W Latin and English