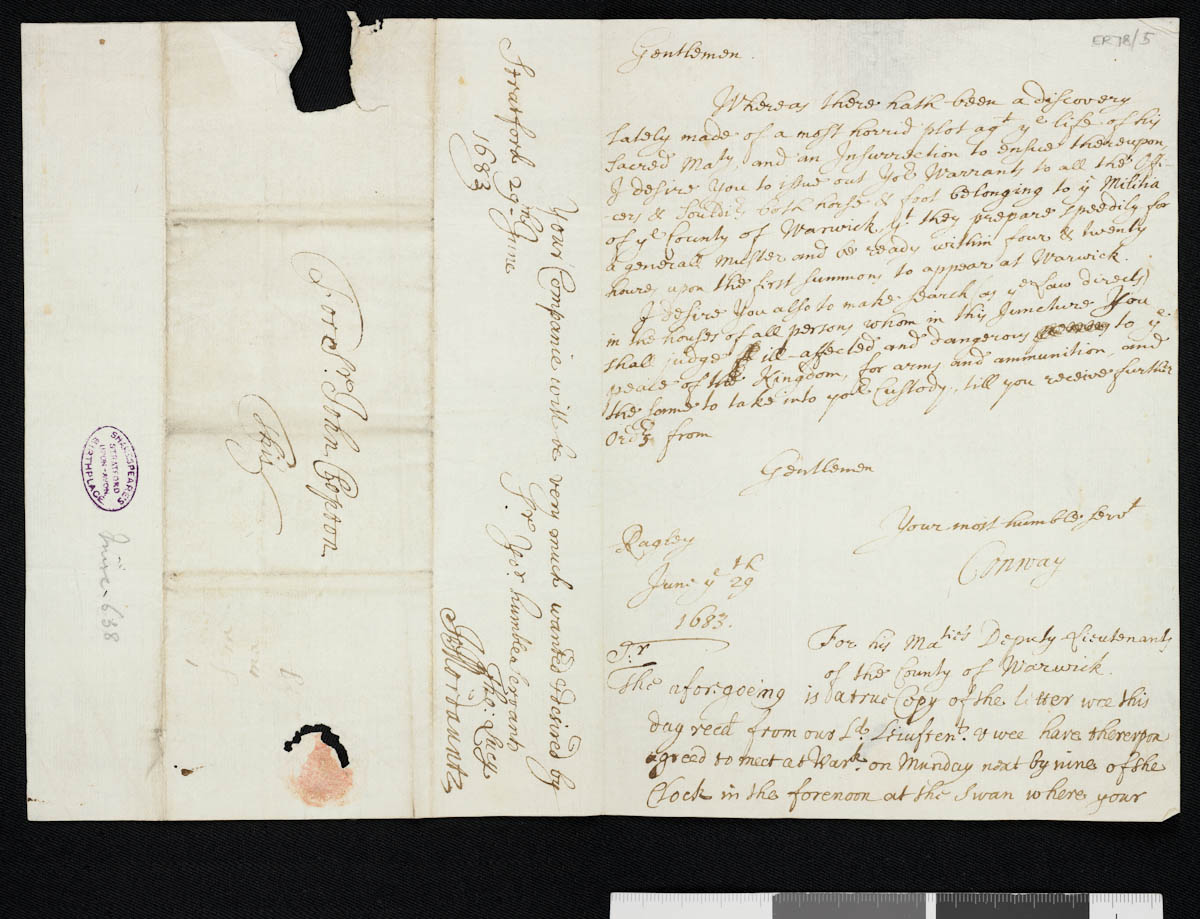 Requesting his attendance at a meeting of the Deputy Lieutenants of Warwickshire, called in response to a letter from the Earl of Conway, Lord Lieutenant of Warwickshire, dated 29 June 1683, informing them of a plot against the life of the King and instructing them to prepare for a general muster of the Warwickshire Militia and to search the houses of all suspected persons, which letter has been copied in the letter to Sir John. [The plot referred to was the Rye House Plot in favour of the Duke of Monmouth, which was discovered 12 June 1683]