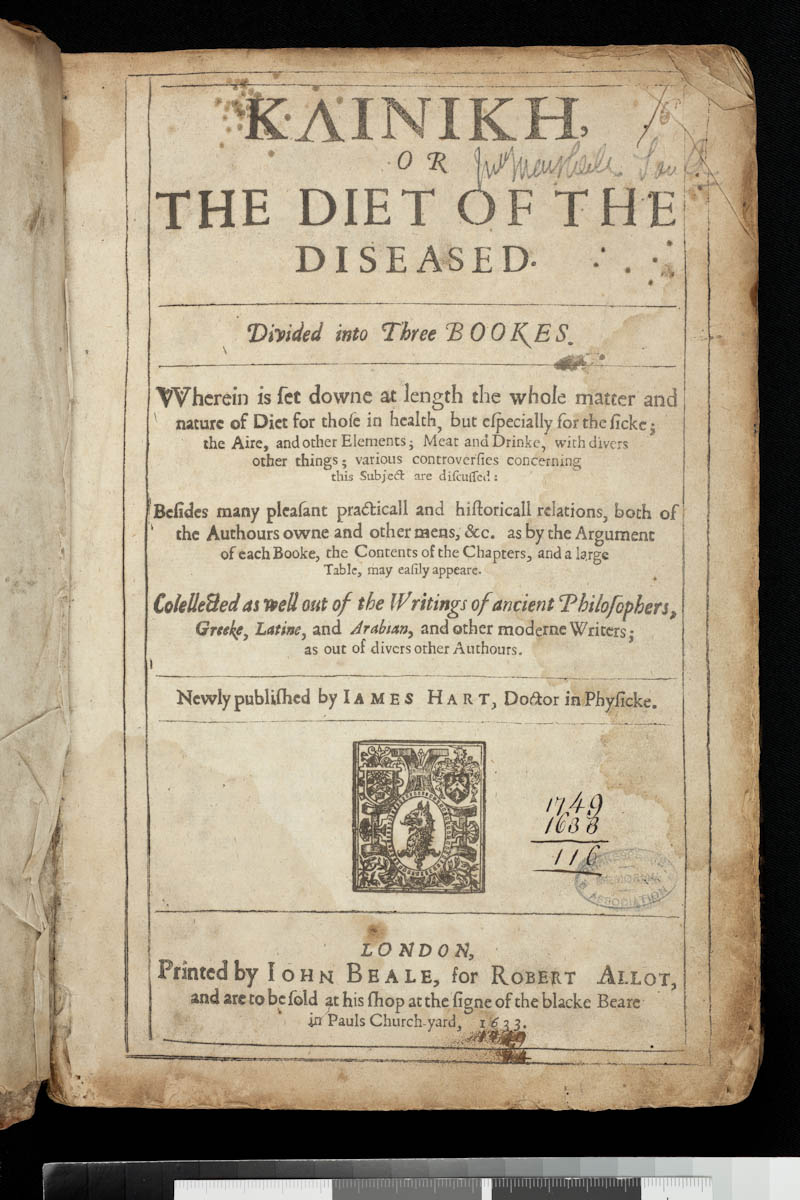 Enquire about this object
18
Back to results

Klinike, or The diet of the diseased· Divided into three bookes. VVherein is set downe at length the whole matter and nature of diet for those in health, but especially for the sicke; the aire, and other elements; meat and drinke, with divers other things; various controversies concerning this subject are discussed: besides many pleasant practicall and historicall relations, both of the authours owne and other mens, c. as by the argument of each booke, the contents of the chapters, and a large table, may easily appeare. Colellected [sic] as well out of the writings of ancient philosophers, Greeke, Latine, and Arabian, and other moderne writers; as out of divers other authours. Newly published by Iames Hart, Doctor in Physicke.