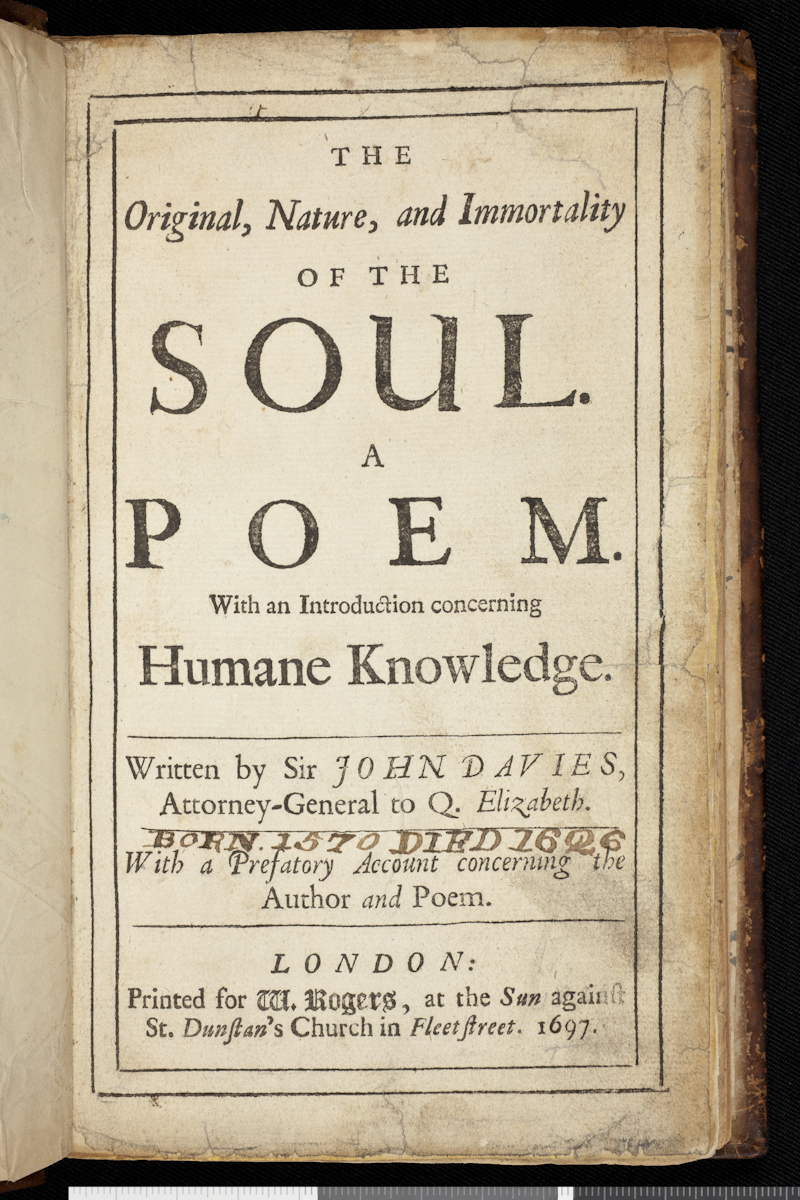 The original, nature, and immortality of the soul. A poem. With an introduction concerning humane knowledge. Written by Sir John Davies, Attorney-General to Q. Elizabeth. With a prefatory account concerning the author and poem.