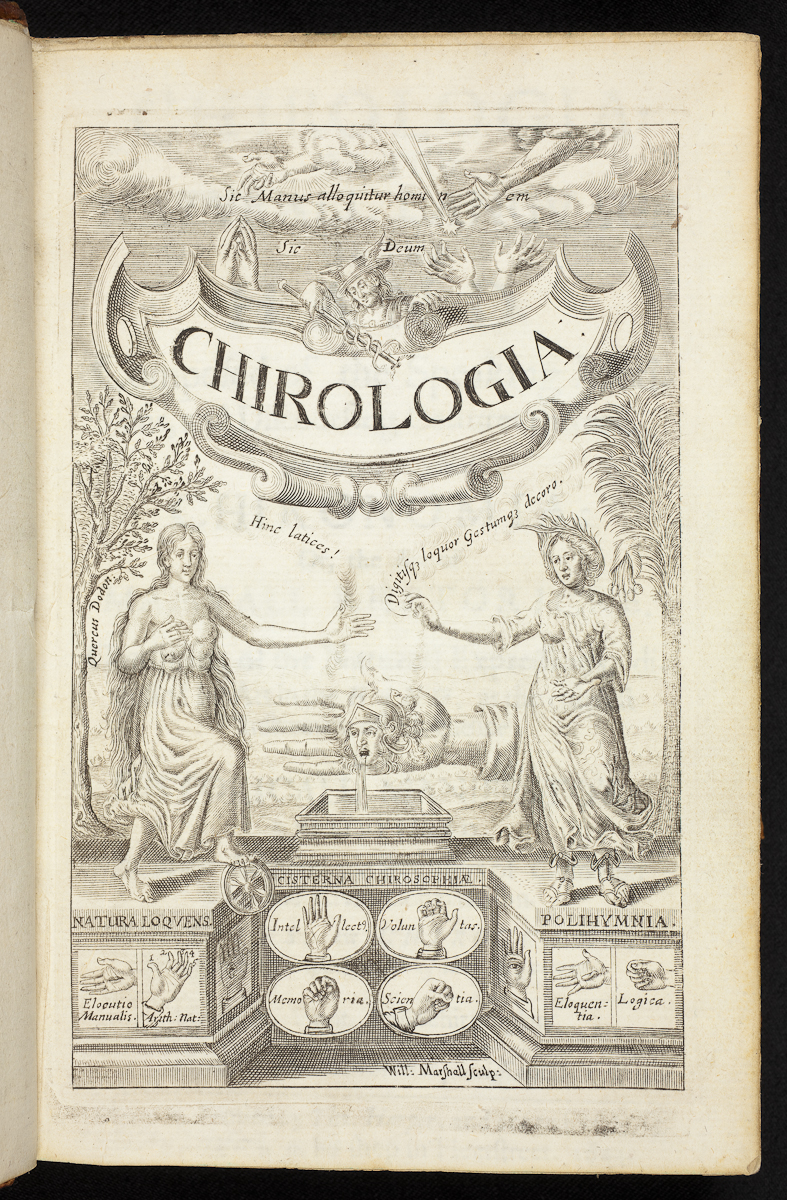 Enquire about this object
17
Back to results

Chirologia: or The naturall language of the hand· Composed of the speaking motions, and discoursing gestures thereof. Whereunto is added Chironomia: or, the art of manuall rhetoricke. Consisting of the naturall expressions, digested by art in the hand, as the chiefest instrument of eloquence, by historicall manifesto's, exemplified out of the authentique registers of common life, and civill conversation. VVith types, or chyrograms: a long-wish'd for illustration of this argument. By J.B. Gent. philochirosophus.