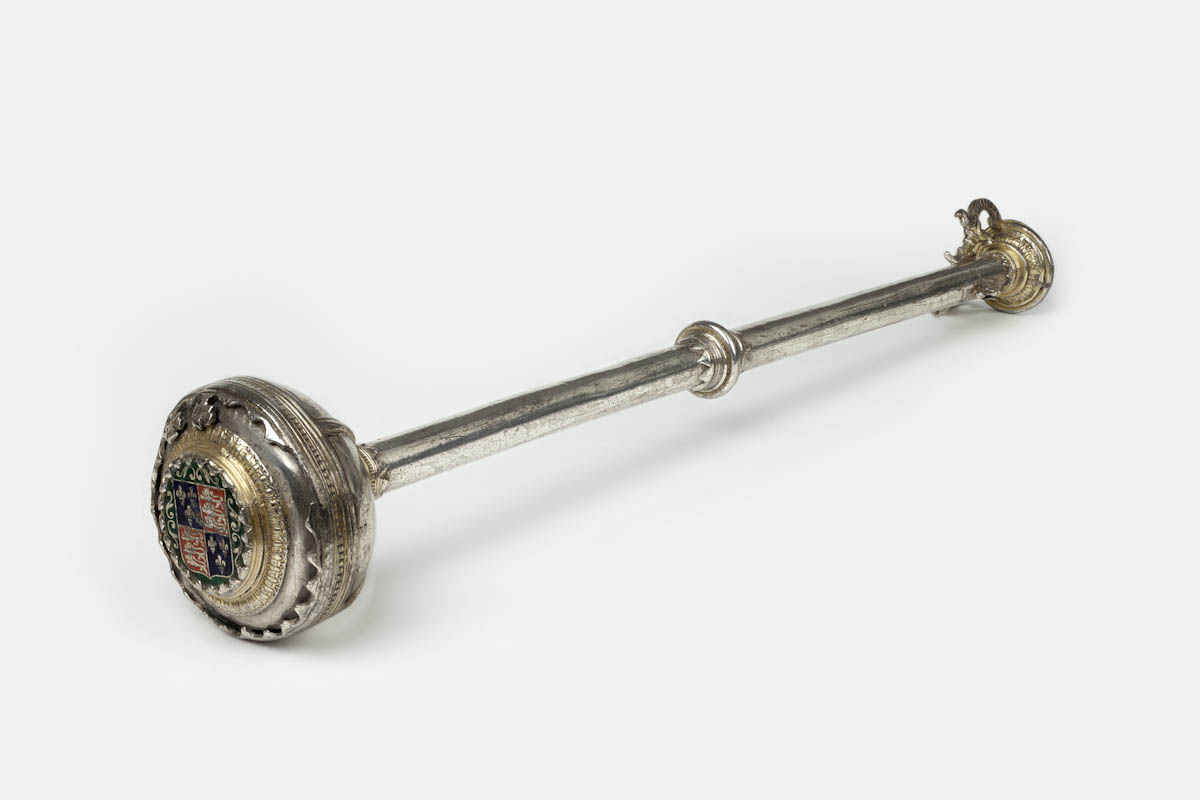 The Corporation was the governing body of Stratford-upon-Avon from 1553-1835. This mace was created at about the same time as the Corporation to replace the earlier town mace (STRST : SBT 1868-3/1043.1). Maces like this one evolved from the weapons of the same name but by the middle of the 1500s they were ceremonial and symbolised the power of the state. The large bowl of the mace was once decorated with trefoils, although only two of these remain. In the centre of the bowl is the royal arms (English and French quarterly, enamelled in their proper colours on a ground of green). The plain silver stem is divided half way by a corded collar with mouldings. At the opposite end to the bowl is a flat pommel with two scrolled 'wings', or brackets (there were once three of these but one is missing). The pommel is decorated with the arms of Stratford-upon-Avon.