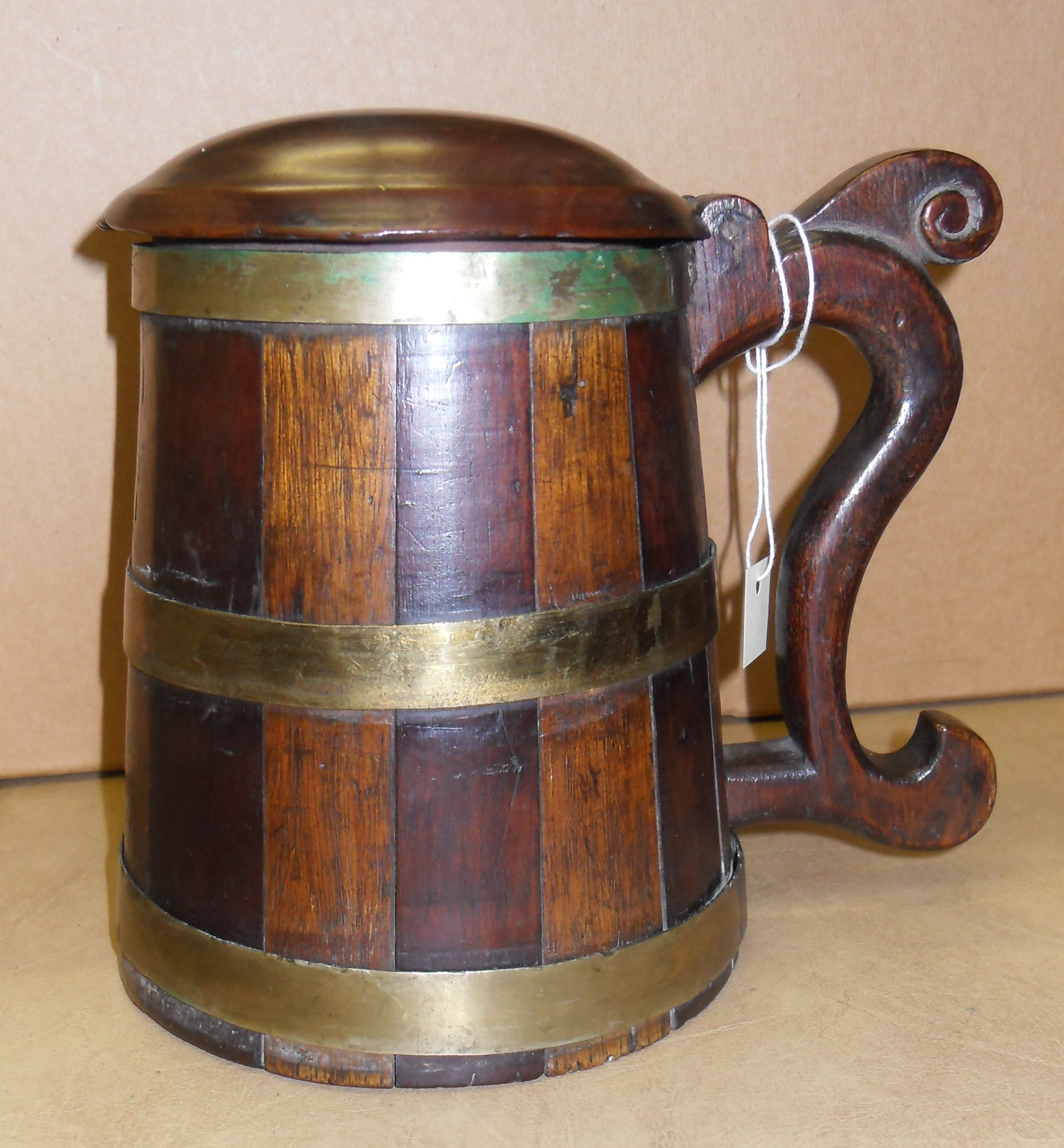 A lidded tankard made from mulberry wood and oak and bound with brass, probably late 18th to early 19th century. A large number of souvenirs were made in the late 18th and early 19th century supposedly from wood from the mulberry tree which stood in the grounds of Shakespeare's house of New Place, Stratford-upon-Avon, until it was cut down in 1758. The tree was supposed to have been planted by Shakespeare himself. Listed in the 1868 Catalogue - 'A wooden tankard with brass hoops'.