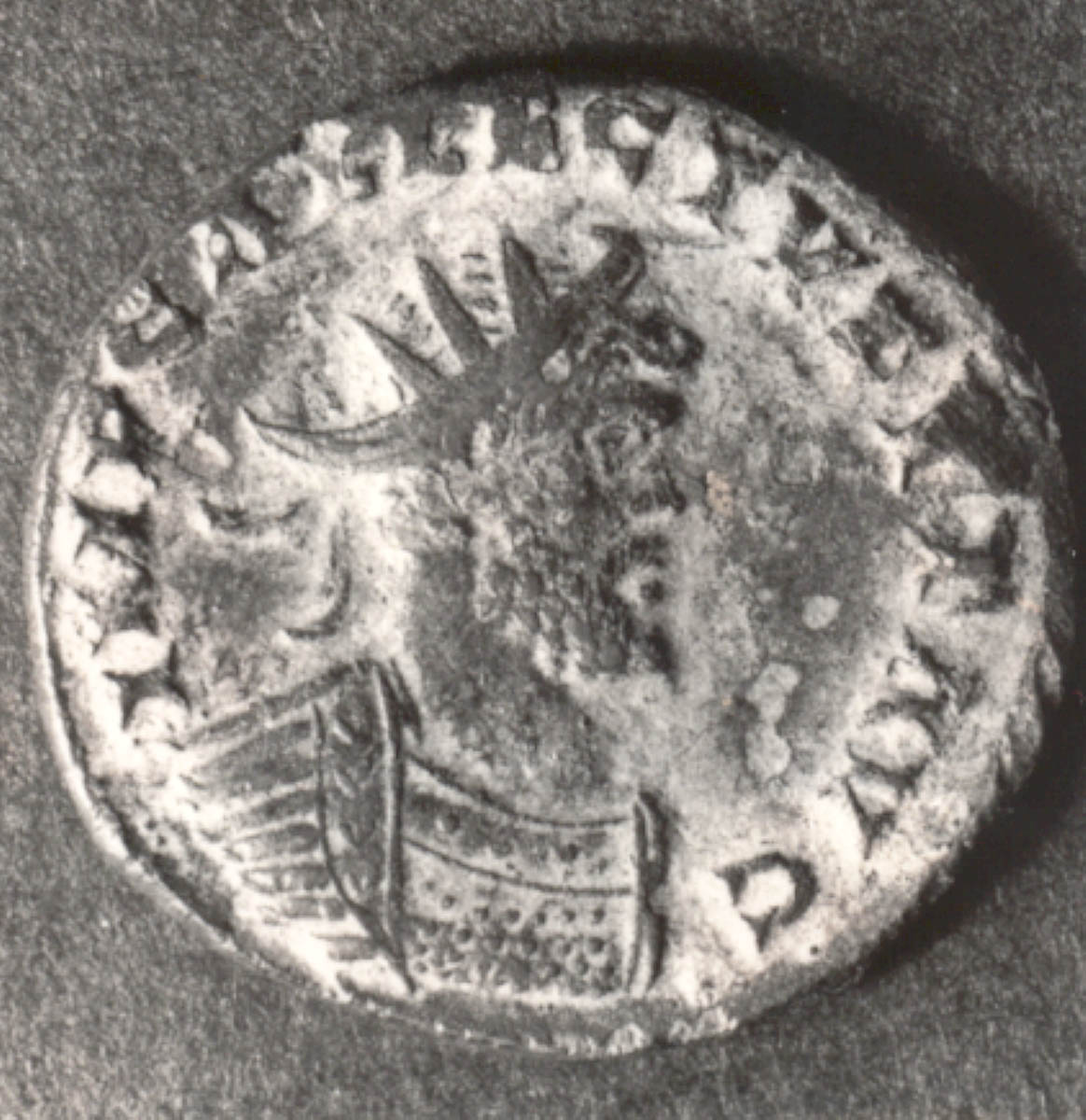 A series of Roman coins, 1st, 2nd and 3rd century, brass, found in Stratford-upon-Avon between the years 1800 and 1856. They consist of about 80 specimens, ranging from Germanicus, B.C. 15, to Gratianus, A.D. 365; including Nero, Vespasian, Antoninus Pius, Verus, Commodus, Philippus, Postumus, Gallienus, Maximianus, Claudius Gothicus, Tetricus, Constantine, Crispus, Decentius, Magnentius, and Gratianus. The only empress whose coins appear among the series is Faustina the younger, wife of Marcus Aurelius. As usual with hoards of coins found in England, those of Constantine greatly preponderate, in this instance about half the entire number belonging to the reign of that emperor. There are no remarkable or rare reverses in the collection, the most interesting being those of Antoninus Pius, with Britannia seated on a rock, and those struck in Britain by the usurping Roman governors Carausius and Allectus.