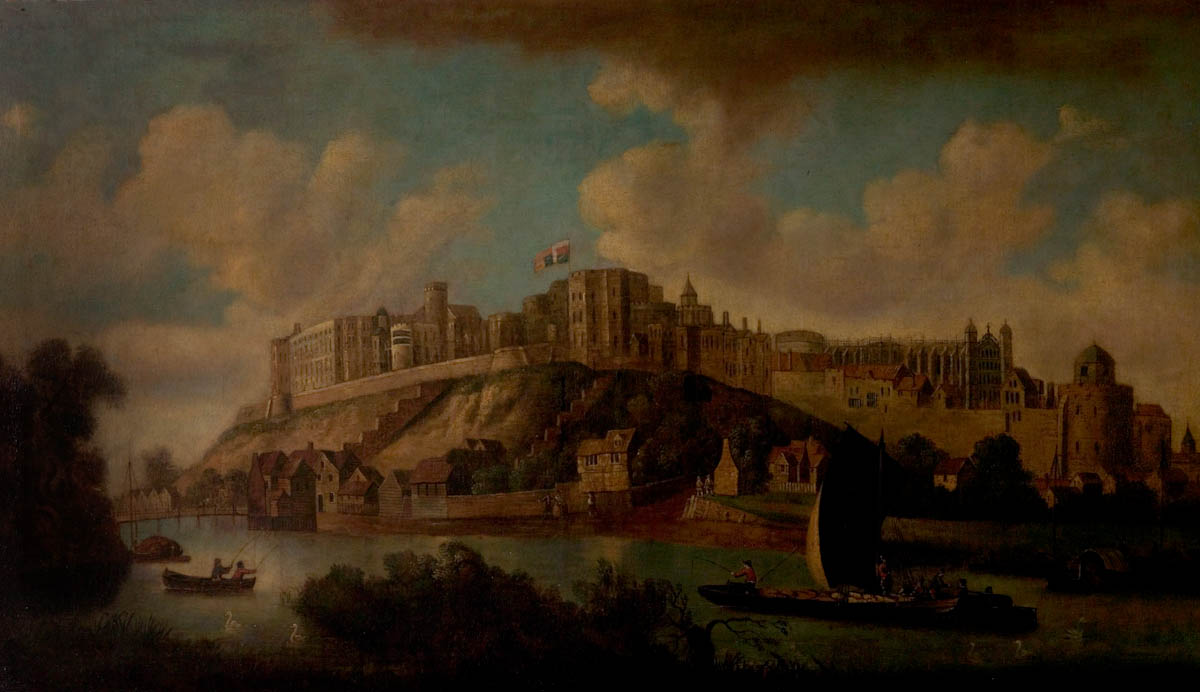 Windsor Castle and the River Thames

A late-seventeenth century oil painting; in the school of H. Danckerts; in oils on canvas; showing Windsor Castle and its subsidiary buildings with the River Thames and figures in the foreground; in a gilded wood frame.

1868 catalogue says 'A large oil painting of Windsor and the Castle, of the time of William the Third, showing the street where Falstaff is said to have been carried down in the buck-basket. This very interesting picture of ancient Windsor, and another of the same date, apparently by the same artist, preserved at Greenwich Hospital, are believed to be the two earliest paintings of Windsor known to exist'.