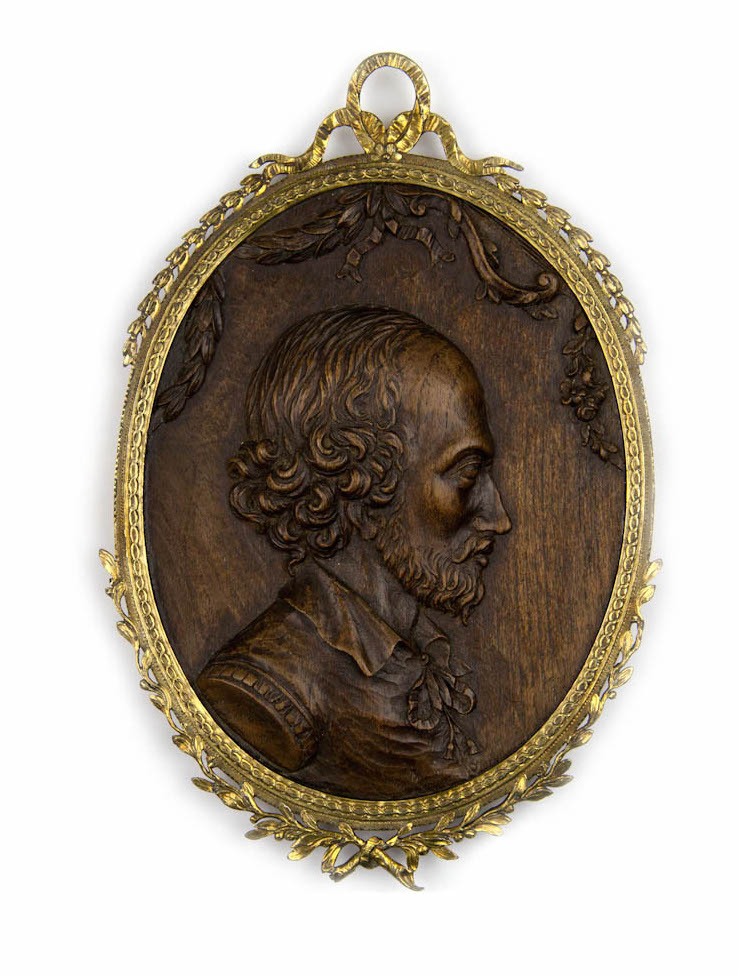 An oval mulberry-wood medallion mounted in and framed with gold. The medallion features a bust in profile of William Shakespeare and was made by Thomas Davies of Birmingham, 1769.

The medallion was presented to David Garrick, Steward of the Jubilee, by Town Clerk William Hunt along with a wand which was also made of mulberry. According to the historian Robert Bell Wheler, as he presented Garrick with these emblems of office, Hunt apparently said, 'Sir, you who have done the memory of Shakespeare so much honour, are esteemed the fittest person to be appointed the first Steward of his Jubilee; which we beg your acceptance of - permit me, Sir, in obedience to the commands of this corporation, to deliver to You this medal, and this wand, the sacred pledges of veneration for immortal townsman, whereby you are invested with your office'. Replying suitably, Garrick fastened it round his neck, wearing it throughout the Jubilee. The ceremony's completion was marked by bells ringing and the firing of cannon.