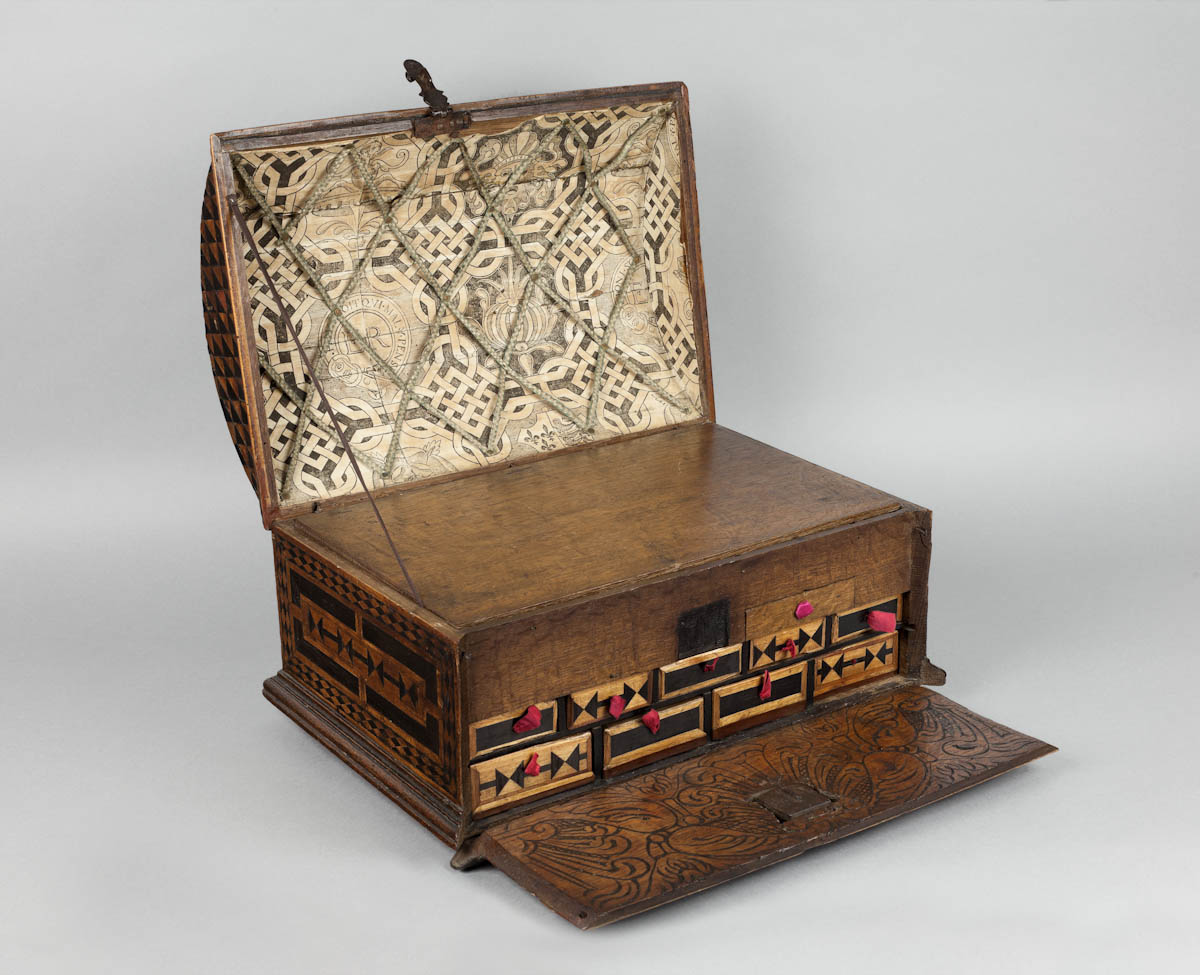 Enquire about this object
33
Back to results

This medicine chest was made during the second half of the sixteenth century or early seventeenth century, probably by a German immigrant craftsman in Southwark, London. It would have held medicines and their ingredients and was probably what is known as a 'receipt chest' kept by the lady of the house. Women were often the first port of call for members of the household suffering illness or injury. A capable housewife was expected to have knowledge of a certain amount of 'physic'.

The chest has a rounded lid entirely veneered with parquetry banding in bog oak and holly edged with mouldings; the body is veneered with conforming parquetry bands in the so-called 'Non-such Style'. The lid lifts to reveal the underside lined with a black-on-white block-printed armorial lining-paper. This is probably a wallpaper, with the motifs of the Tudor Royal Arms; the ER monogram (probably for Elizabeth I) set within a Garter Belt; the Tudor Rose; a Pomegranate; a grotesque creature and a grotesque classical mask, all set within an interlaced strap-work frame. The paper is overlaid by a lattice of woven silk braids held by flower-headed brass tacks.

The plain inner lid lifts to reveal an arrangement of fifteen compartments of various sizes, two with internal secondary lids and another with five circular holes with three (remaining) turned boxwood lidded containers. The fittings for the corresponding compartment on the opposite side of the box are now missing. The hinged front panel has a shaped iron lock-plate and retaining hooks, the internal face is cut in leafy patterns with a V-gouge and inlaid with black mastic, falling open to reveal a nest of nine small drawers each veneered with bog oak and holly parquetry (some carnation-coloured silk pulls remaining) and a further plain drawer. The box is raised on four turned ball feet beneath a projecting base mould.

The chest was purchased in 2001 with assistance from the National Art Collections Fund.