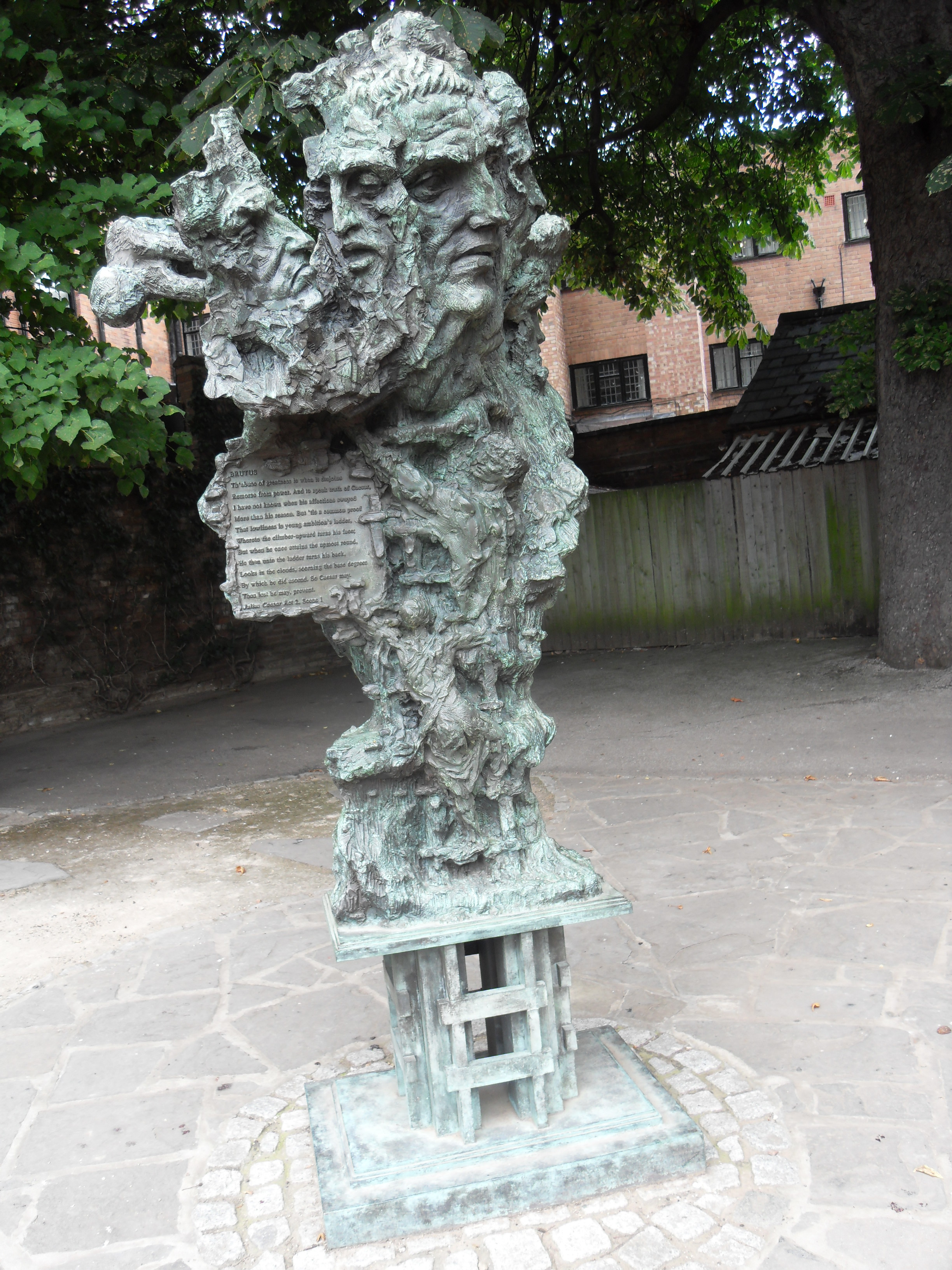 A bronze sculpture designed by Greg Wyatt, inspired by 'Julius Caesar' and and produced at the Tallix foundry. It is the fourth in a series of sculptures by Greg Wyatt for the Great Garden near New Place, the site of Shakespeare's former home in Stratford-upon-Avon. Unveiled at a ceremony on 19.4.2002 by Dr. Werner Gundersheimer, Director of the Folger Shakespeare Library and Mrs. Richild von Holtzbrinck, representing the American Friends of the Shakespeare Birthplace Trust. Tim Piggott-Smith, who had recently played Cassius in a Royal Shakespeare Company production of the play, recited speeches from 'Julius Caesar' during the ceremony.