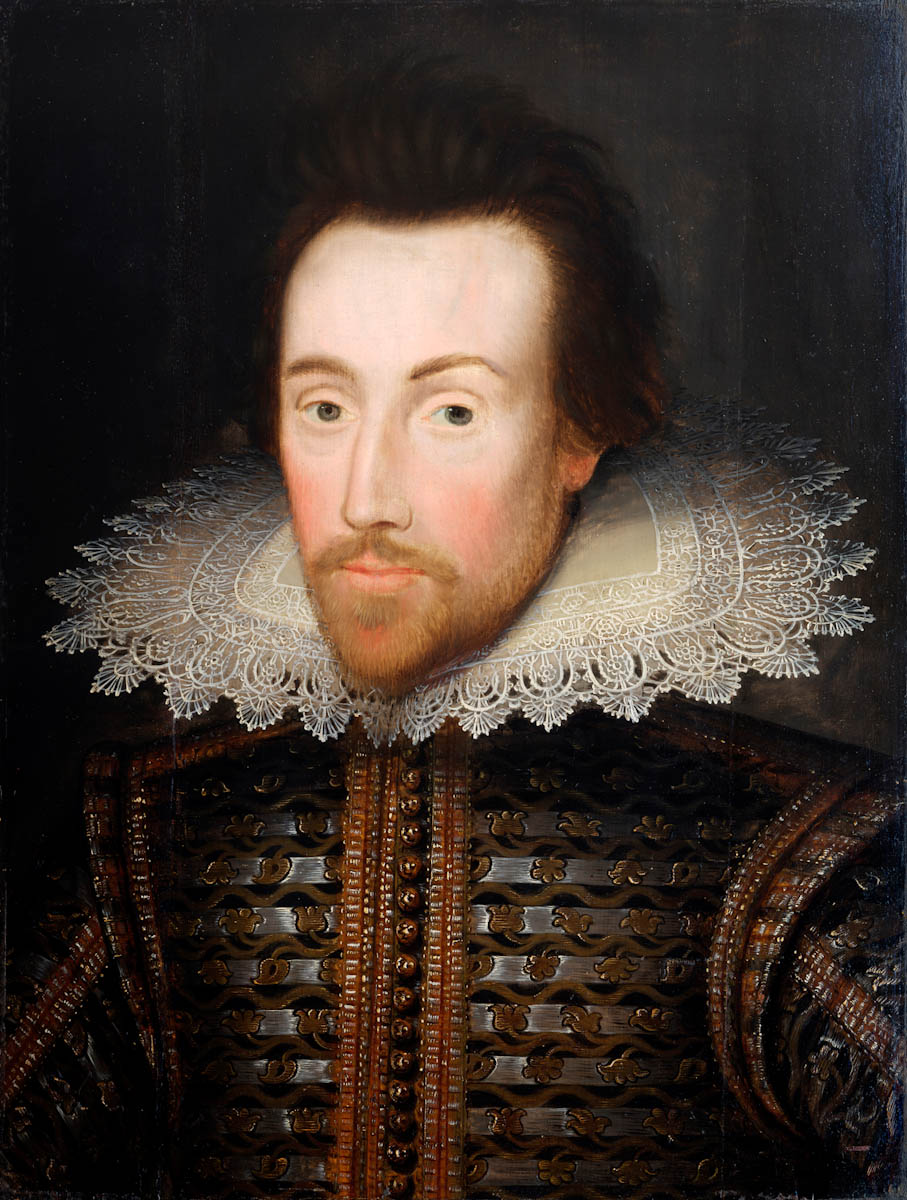 A portrait by an unknown artist formerly known as The Ellenborough Portrait, oil on panel, c.1610-1615.

A contemporary copy of the Cobbe Portrait, which is thought by some to be a portrait of William Shakespeare. It is a head and shoulders portrait of a man with brown hair and a beard, high and broad white lace collar, black doublet with gold braid detailing and gold buttons. The portrait appeared on the London art market from the collection of the late Earl of Ellenborough with a traditional identification as William Shakespeare. It had been sold at Sotheby's in 1947. The catalogue entry read 'English School. Portrait of a Man (said to be Shakespeare), half length, in richly embroidered dress and lace collar, bust, facing, on panel - 22 in. by 16 1/2 in.' It was sold again Christie's on 27th May 1955. The catalogue entry read 'Mytens. Portrait of a gentleman (said to be William Shakespeare) in embroidered doublet and white lace collar, on panel, 21 1/2 by 16 in.' Since then, it has only been known from a black and white photograph, until it reappeared in Madrid in the summer of 2009.