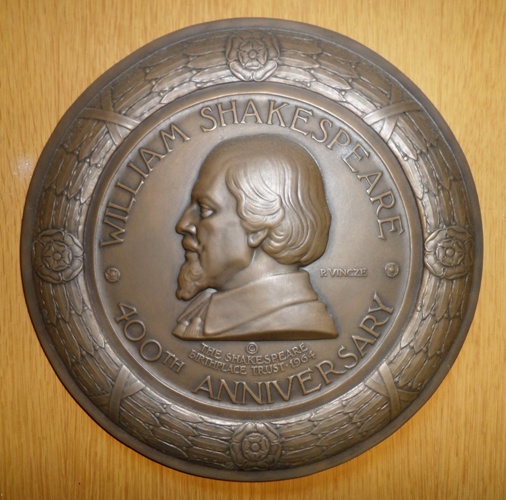 Commemorative plaque designed and created by Paul Vincze. This plaque was specifically made for the 400th anniversary of Shakespeare's birth celebrated in 1964. Commissioned by Shakespeare Birthplace Trust., Only the obverse of the plaque is decorated; it depicts Shakespeare in profile, looking to the left, with the following inscription surrounding him: WILLIAM SHAKESPEARE, 400th ANNIVERSARY. THE SHAKESPEARE BIRTHPLACE TRUST 1964. P. VINCZE. The circumference of the plaque is decorated with flower motifs of laurel leaves and Tudor roses.