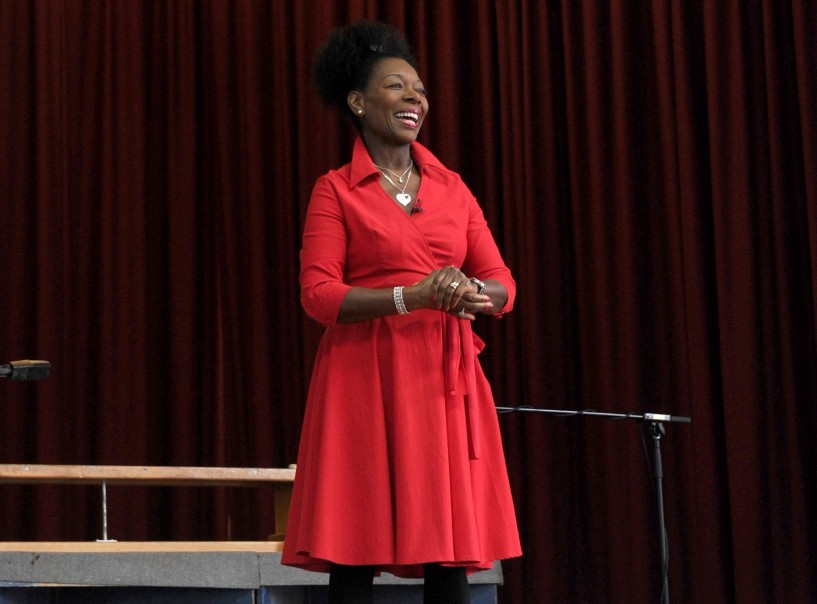 'When I was a little girl growing up in Trinidad, I was told at school that I was British, part of the Motherland, so we learnt all about British history, British heroes, writers and poets. Shakespeare played a prominent part during those early years. I loved listening to his words which the teacher read to us, they fired up my imagination and taught me to love words and to express myself.
When I arrived in England in 1960 aged ten I faced many adversities but I worked hard at school and the first prize I was awarded on Speech Day was "The Complete Works of Shakespeare".
I still treasure that book and often refer to it when I need an inspirational quote. I believe all children should learn about Shakespeare as early as possible. So as a Fellow of the Shakespeare Birthplace Trust, during Shakespeare Week in schools, I try to inspire and excite children to discover the Bard, just as I did when I was a child.'