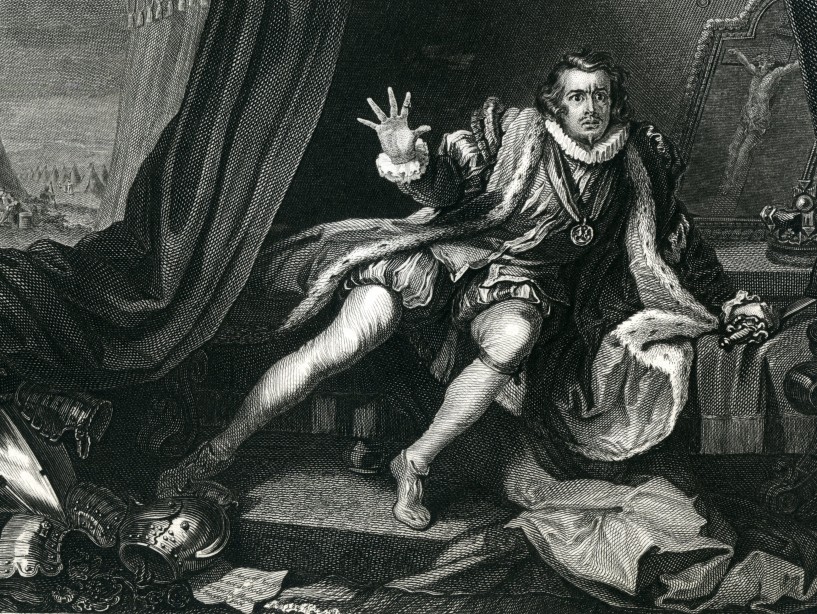 'Shakespeare’s works were to have a great influence over Garrick’s career, and promoting a love of Shakespeare himself among theatre-goers was to become his greatest ambition.'

David Garrick (1717 - 1779) was inspired by Shakespeare throughout his working life. He described Shakespeare in a letter as ‘the first genius of the world.’

In the early 1740s Garrick was recognised as ‘ye [the] best Actor ye [the] English Stage had produc’d’ for his performance as Shakespeare’s Richard III. He took on the joint management of the Theatre Royal, Drury Lane in 1747, and by 1756 he was increasingly associated with both the staging and playing of Shakespearian works.

As well as appearing in leading Shakespearian roles, Garrick was an innovative editor of his plays and introduced lavish theatrical sets. In 1769 he donated a statue of Shakespeare for the opening of a new town hall in Stratford-upon-Avon. To mark the occasion he organised the first ever Shakespeare Jubilee, a three day celebration of Shakespeare. When he died in 1779 such was his reputation that he was given an extravagant public funeral at Westminster Abbey, and laid to rest in Poet's Corner. The inscription on his memorial reads:

'To paint fair Nature, by divine command, her magic pencil in his glowing hand, a Shakspeare rose, then to expand his fame wide o'er this "breathing world", a Garrick came. Though sunk in death the forms the poet drew, the actor's genius bade them breathe anew; though, like the Bard himself, in night they lay, immortal Garrick call'd them back to day: and till eternity with power sublime, shall mark the mortal hour of hoary time, Shakspeare & Garrick like twin stars shall shine, and earth irradiate with a beam divine.'

Print based on a painting by William Hogarth

Published by the London Printing and Publishing Company 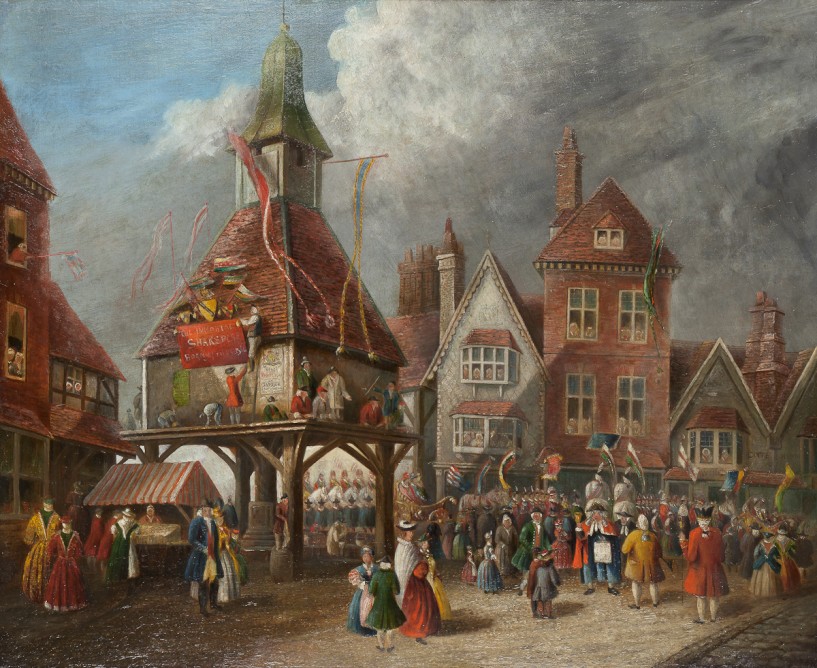 The High - or Market – Cross of Stratford-upon-Avon decorated for David Garrick’s Shakespeare Jubilee of 1769. Excited onlookers are watching a procession pass by while flags wave overhead.

250 years ago, David Garrick put Stratford-upon-Avon on the map with his Shakespeare Jubilee. The Jubilee was primarily a celebration of the opening of Stratford’s new Town Hall. Garrick had donated a statue of William Shakespeare to be revealed at the same time as the opening, and began to plan accompanying entertainment.

The three-day festival started well, despite the fact that Stratford struggled to cope with the influx of visitors to the town. At 6am on September 6th, a great volley could be heard rumbling from 30 canons lined up on the banks of the river Avon. There was music and singing in the streets and a public breakfast at the Town Hall attended by Garrick and his wife, the Mayor, and members of the nobility and gentry. Later in the day there was an oratorio at Holy Trinity Church and in the evening a ball took place in a specially constructed rotunda by the river. Unfortunately on the second day, the Jubilee suffered at the hands of the English weather and some events were cancelled due to heavy rain.

Many of Garrick’s contemporaries made fun of the Jubilee, which was seen by some as a vulgar, unsophisticated and flippant attempt to celebrate the nation’s great poet. Despite this, it clearly paved the way for future celebrations of Shakespeare which now happen every year in all corners of the globe. 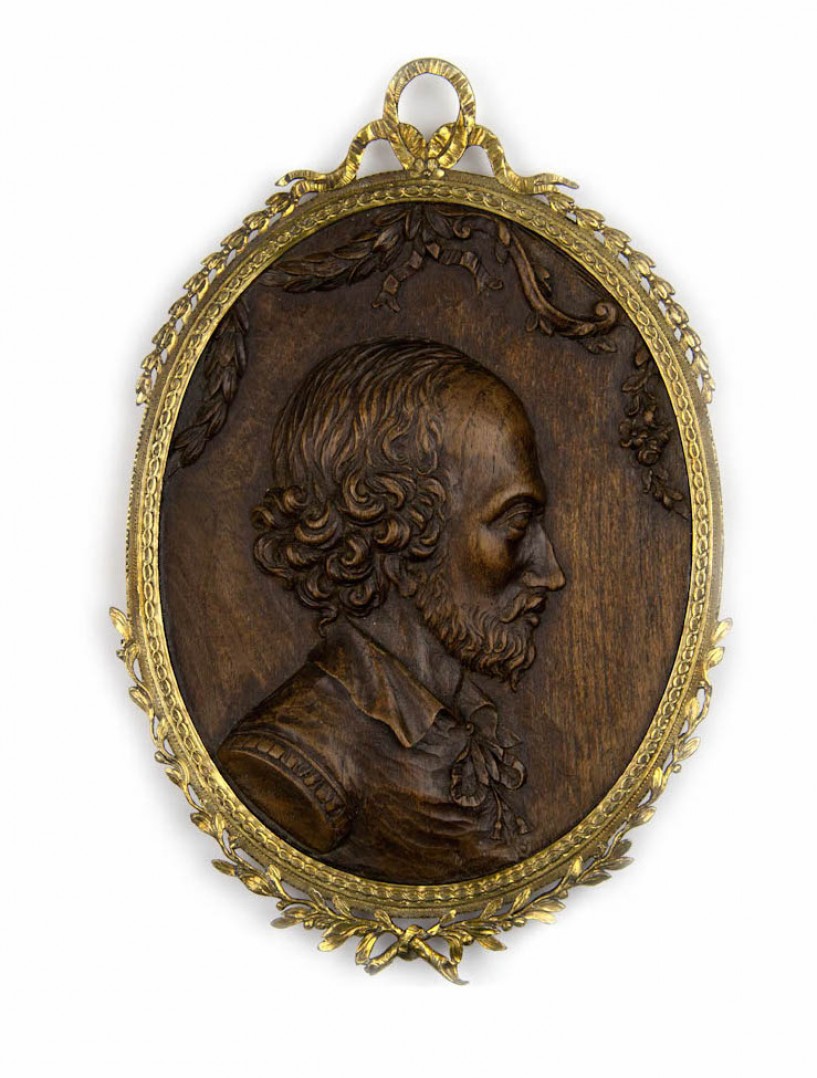 David Garrick was presented with this unique medallion by William Hunt, Stratford-upon-Avon Town Clerk, in recognition of his role as Steward of the Shakespeare Jubilee. Accepting the honour, Garrick fastened it round his neck and wore it throughout the three day festival.