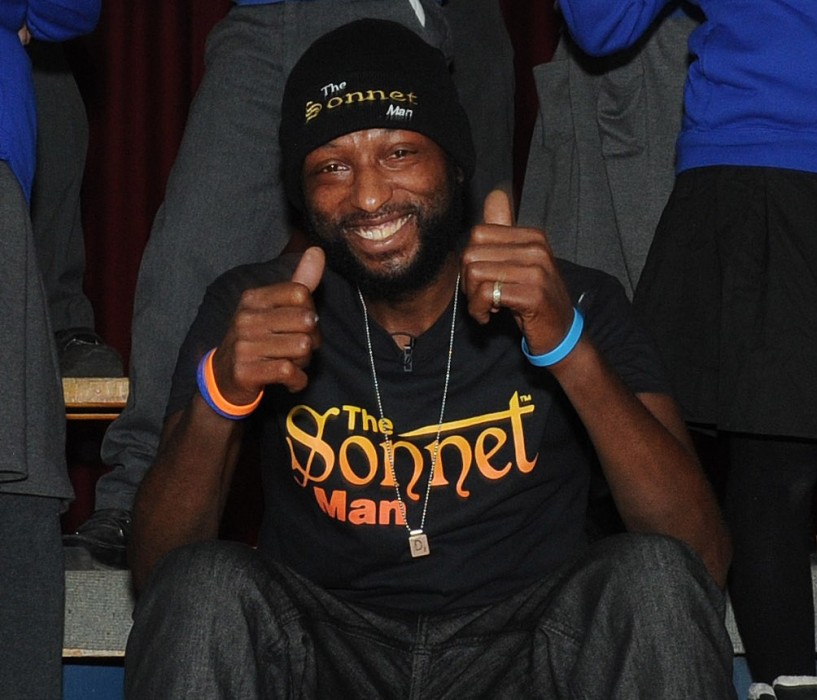 Devon Glover, known as The Sonnet Man, sets Shakespeare’s love sonnets to hip-hop, and brings his works to new audiences through teaching, performing and leading workshops. He is based in New York, USA.

'Shakespeare inspired me to explore the evolution of language and storytelling. I can relate my story of becoming The Sonnet Man to the motivational ascension of his career, which makes his story more interesting when sharing with students. His work inspires me to think outside the box when writing a song or project, and encourages students to erase limitations when writing poetry. His work has not only enhanced my interest in literature, but also my interest in theatre; causing me to pursue a MA degree in that field.'

The Sonnet Man: Sonnet 18 Come and Be My Sunny Day