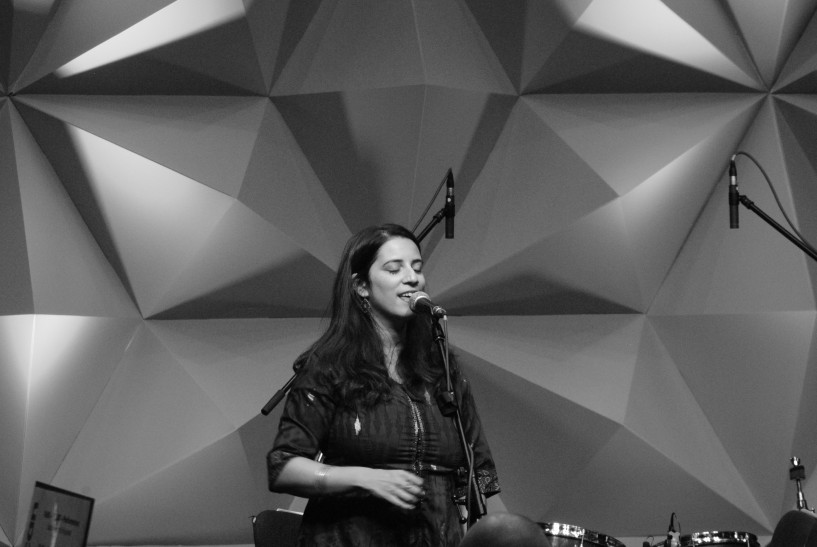 Ranjana is a singer and composer based in London who has worked both nationally and internationally. Ranjana’s passion and curiosity regarding her musical heritage led her to train with renowned Indian classical vocalist Pandit Ajoy Chakrabarty in 2000. 'In Search of Gold' was inspired by the use of the word ‘India’ as a metaphor for gold in Shakespeare’s writing. The composition follows a golden thread weaving in and out of our consciousness, like a dance with something sacred. In the track you can hear the Beej Surya Mantra, which is a Sanskrit seed chant to the Sun.

Jordan is from Stourbridge in the West Midlands and began writing songs when she was just 10 years old. Her music has been described as ambient and dreamy. 'Lysander’s Dream' was inspired by Shakespeare's 'A Midsummer Night’s Dream'.

'The inspiration for this song was taken from Shakespeare’s play "A Midsummer Night’s Dream". It’s from the view point of Lysander while he is under the influence of the love potion that is making him fall in love with Helena. The song reflects his feelings for his true love, Hermia, and how he desires to be free from the spell. He wishes for forgiveness for being led astray and wants more than anything to return to Hermia. He knows he cannot control the power of the spell, so he pleads for her to wait for him until it is broken. I really enjoyed composing this song as it introduced me to Shakespeare’s writing, which I had not read much of before. After working on this project, I am sure I will look to Shakespeare’s other works for inspiration for future compositions.'