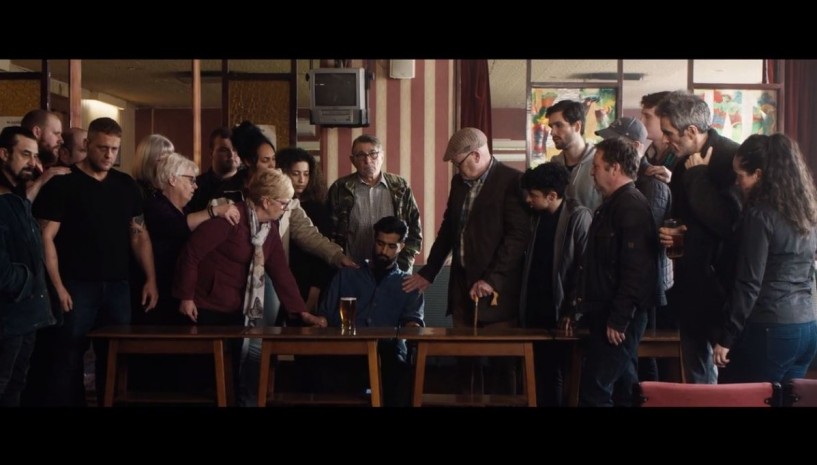 The Shakespeare Film Festival: The Strangers' Case by Peter Trifunovic

'The Strangers' Case', directed by Peter Trifunovic, is based on a four hundred year old speech that shows fear of immigration is nothing new. In 1517 anti-immigrant riots broke out in London. Thomas More, then a deputy Sheriff of the city, intervened. Decades later William Shakespeare wrote a speech for the play 'Sir Thomas More', in which More defended asylum seekers - 'the strangers'.

'My entry, "The Strangers’ Case", is adapted from a speech that Shakespeare contributed to the play "Sir Thomas More". In it, Sir Thomas More quells an anti-immigrant riot by appealing to the shared humanity of the rioters and the refugees. I first heard the speech performed by Ian McKellen, and later by Professor Tony Howard; both times I was struck by how recognisable the themes of racism and xenophobia were, and how instructive Sir Thomas More’s speech could be for modern audiences. I wanted to make this link explicitly clear by transporting the speech to modern day Britain, to show that the message of peace, compassion and empathy is just as vital now as it was hundreds of years ago. The speech carried a political message at the time it was written; I was inspired to create a film that was similarly political in nature. I drew upon Shakespeare’s language, imagery and rhetorical devices for inspiration when adapting the speech to the screen, imagining scenarios and vignettes that I thought mirrored the message or implications of the language used.'   Peter Trifunovic