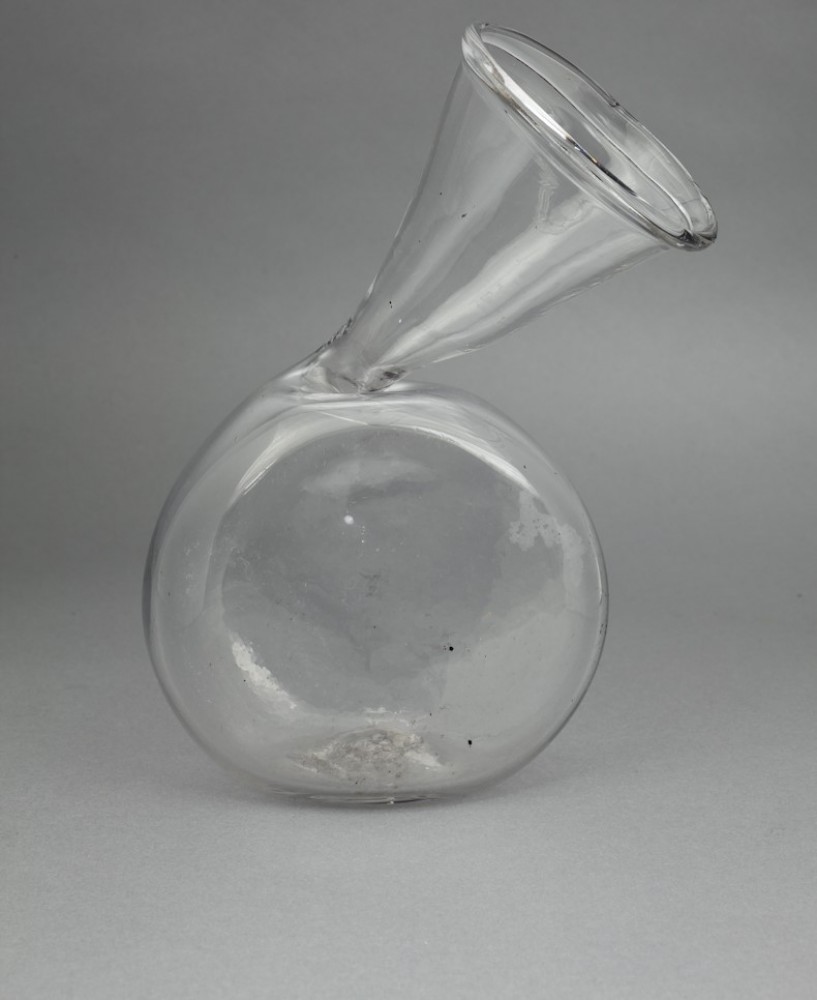 This glass urine flask (sometimes known as matula) was often used by physicians when they were trying to diagnose their patients.

Uroscopy, the historic medical practice of looking at urine, was a popular technique for Tudor and Jacobean physicians (doctors). However, the idea of urine being used to find out what was wrong with you, is much older, dating back to the Ancient Greeks.

The design of this urine flask is thought to have been introduced by Gilles de Corbeil, royal physician to King Philippe-Auguste of France, in the 12th Century.

Urine flasks of the same design continued to be used for the next 400 years and became a symbol of the physicians’ profession. This is similar to how stethoscopes make us think of doctors today.

Click here to have a go at our interactive medical quiz! You can find all the answers in this exhibition.