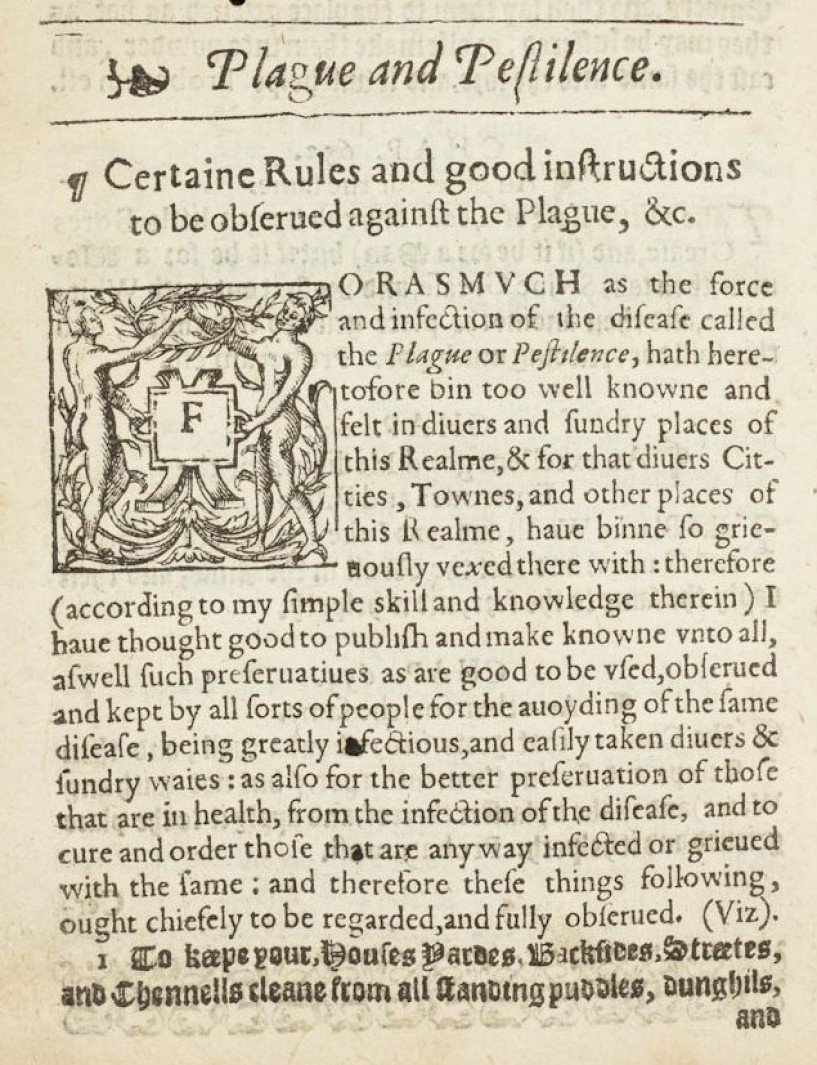 Ways to ‘treat’ the plague, taken from the book 'A Rich Storehouse or Treasurie for the Diseased'

This book, written by George Wateson, offers ‘approved medicines’ to treat a whole range of diseases (including plague).

As many poor people in Shakespeare’s time could not afford expensive medical treatment from physicians (doctors), George Wateson’s book offered ‘cures’ that could be administered at home.

George Wateson’s understanding of diseases and how to treat them was very different to today’s doctors and scientists. Some of his treatments, like removing bad air by placing sweet smelling herbs such as rosemary and bay-leaves on the hot coals in the fire, are unlikely to have made any difference to patients suffering with the plague.

However, George Wateson also recommends keeping streets and backyards clear of ‘standing puddles’ and ‘dung-hills’, as well as chasing away cats and dogs, and regularly changing bed linen.

George Wateson may not have known that it was fleas carrying the plague, but he did realise that cleaner conditions reduced the risk of infection. An idea that doctors today would still agree with!

We know that keeping clean helps to reduce the risk of catching a virus. What things do you do to protect yourself?