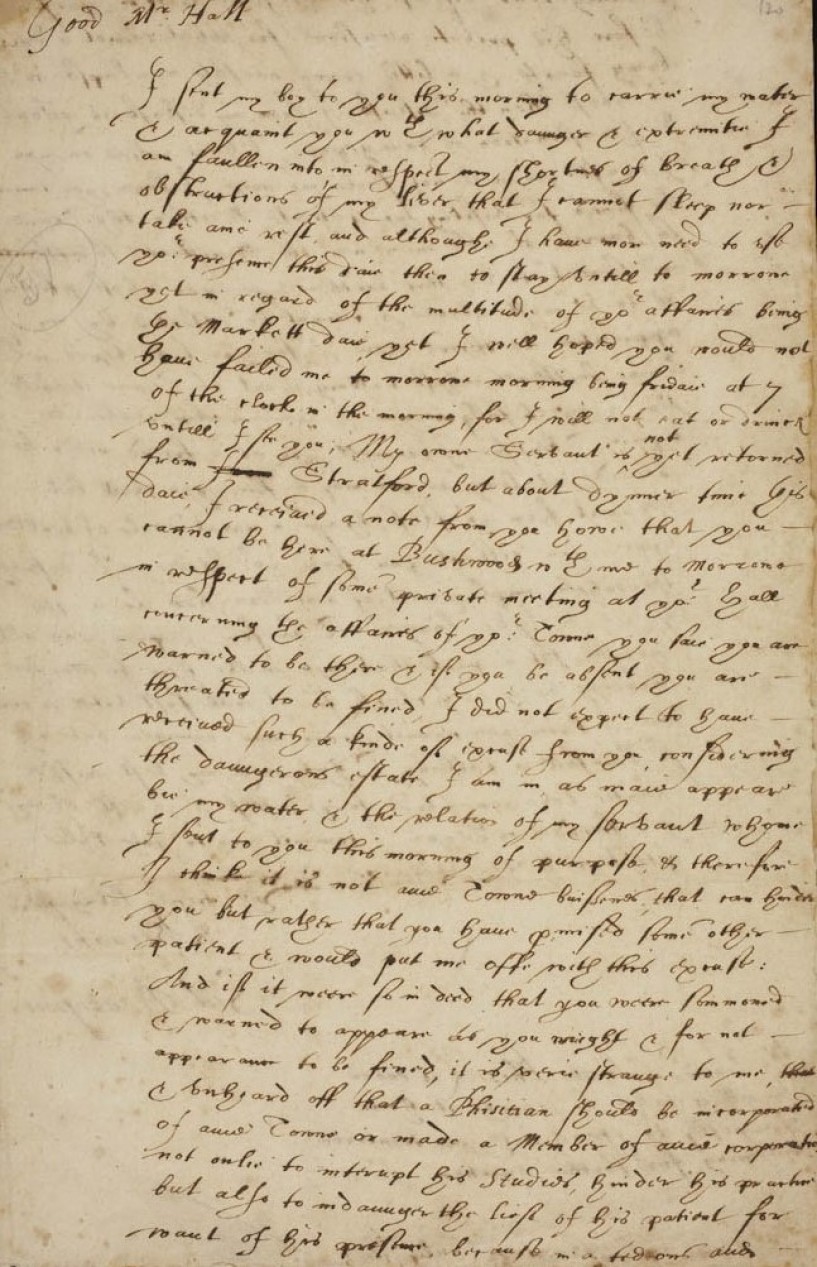 What to Look for in your Urine

Letter written to John Hall by his patient, Sidrak Davenport

John Hall was Shakespeare’s son-in-law. He was married to Shakespeare’s eldest daughter, Susanna. John Hall was a physician (doctor). In the 1600s doctors often travelled to their patient’s homes to examine and treat them. John Hall not only cared for his patients but also took part in the running of the town and the church. In this letter Hall’s patient, a Mr Sidrak Davenport, writes to him to tell him all about how ill he is and to complain that Hall had to go to a town meeting rather than come to Davenport’s house to treat him.

The letter begins ‘I sent my boy to you this morning to carrie my water…’ this means that Davenport has sent a servant with a sample of his urine for the doctor to examine. Davenport has received a note from Dr Hall saying he cannot come to his house to treat him because he has to go to a town council meeting. If Hall does not go he will have to pay money as a punishment. Davenport complains that his life is in danger and that he will not eat or drink before he sees Dr Hall and cannot sleep either.

Some of the symptoms Davenport mentions in his letter are ‘shortness of breath’, ‘obstructions of my liver’ and not being able to sleep or rest. The way he talks of his illness makes it clear that he has been suffering from it for a while and it is not a new illness.

Where do you go if you need to see a doctor?

How do you think Sidrak Davenport was feeling?

Where in your body do you think your liver is?

We cannot always say what illnesses people in the past had because the language of medicine and knowledge of the body was very different then than it is now.