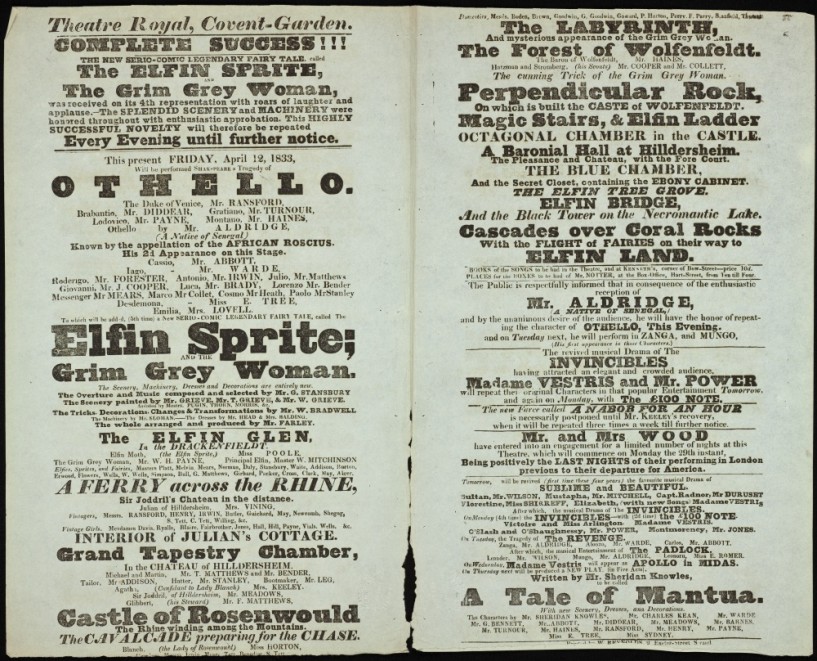 This playbill is the earliest Aldridge playbill held in our collection, dated 1833. It already describes him as the African Roscius and as a native of Senegal. This was a myth that Aldridge encouraged as publicity. He was actually born in New York. He took to billing himself as the “African Roscius”, a title alluding to Quintus Roscius Gallus, an eminent Roman actor of tragedy and comedy and former slave who had been a tutor to Cicero. The name had been adopted in the theatre world of that day as an appellation signifying extraordinary dramatic ability. The phrase had been used to describe Aldridge in a tongue-in-cheek review of an early performance. Although intended as an insult initially, Aldridge turned it round and used it as a title when he toured the provinces. It became his theatrical trademark which he used to identify himself in playbills and in the newspapers.