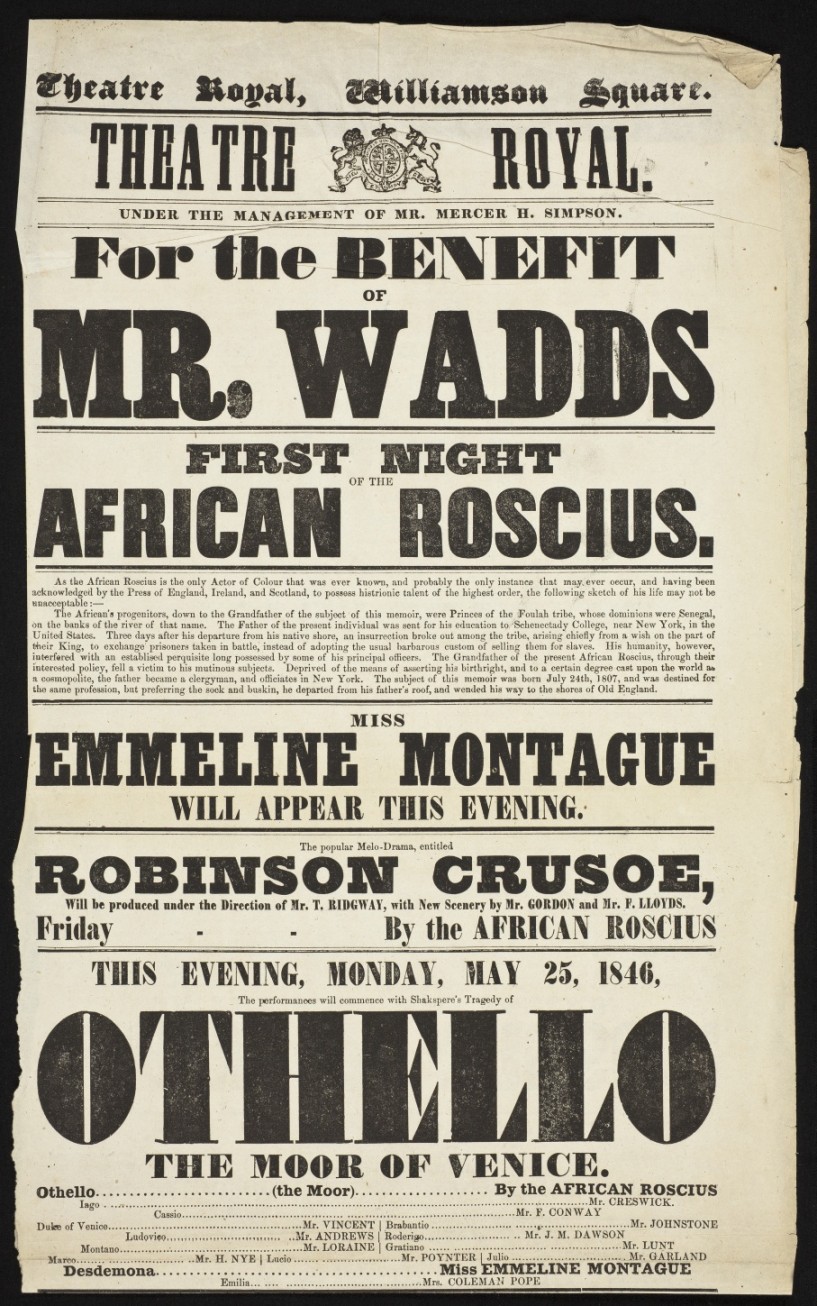 This playbill contains a biography of Ira Aldridge and his family as part of the advertising. It says that his grandfather was a Prince of the Foulah Tribe in Senegal.

These stories were circulated at the time and varied in their details. The myths that surrounded Ira, partly created by himself, made life difficult for those writing biographies in the future. On this playbill he is not named at all but only referred to as The African Roscius. As well as playing Othello he is also listed as playing Friday in Robinson Crusoe which presumably followed Othello that night. Theatres would always have a full night of entertainment in the 18th and 19th centuries and the bill continued long into the night. This playbill also lists the following night's play which is Pizarro, a tragic play also starring The African Roscius who is playing Rolla.