Playbill - 'Revenge! Or, The Captive Moor' and 'The Mummy!!! Or, Ginger Blue' at the Royal Shakespearean Theatre, Stratford

For the benefit of Mr. Ira Aldridge the Celebrated African Roscius, and his Last Appearance.

On 5 May 1851 Ira Aldridge performed at the Royal Shakespearean Theatre on Chapel Lane, Stratford-upon-Avon for the last time. He played Zanga in 'Revenge or, The Captive Moor' and Ginger Blue in 'The Mummy!!!'.

These roles were part of a trend for black characters in plays as minstrel shows became popular and the abolitionist movement was in full swing. We see stereotypes portrayed in these characters and Aldridge spent his career trying to find more varied and interesting roles, many of which he found in Shakespeare's works. As well as playing Aaron and Othello he also wore white make-up to play Richard III, Shylock and others.

This particular playbill has a small pencil sketch on the back of Zanga, perhaps a fan of Aldridge's performance in this play. 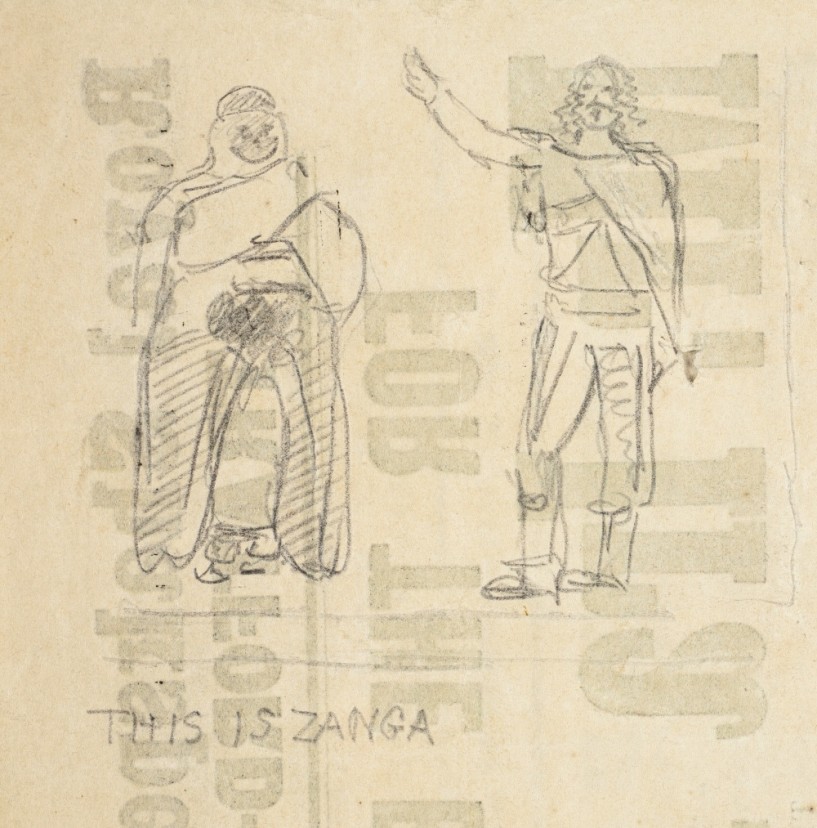 On the reverse of the 'Revenge!' playbill there is a sketch of Zanga labelled 'THIS IS ZANGA'. We do not know who owned the playbill but it seems that they were so impressed with Aldridge that they drew this rough sketch as a memento.