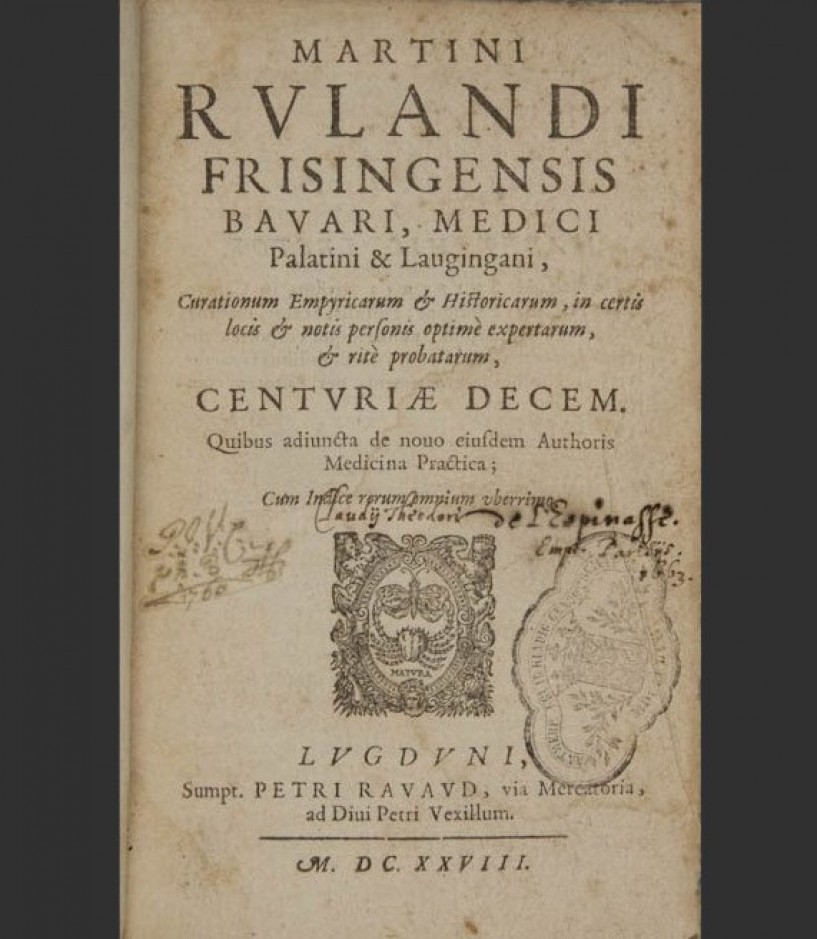 The remedies that Hall used were not usually his own creations. These recipes, sometimes adopted verbatim, sometimes altered, came from a variety of published texts which formed a ‘working library’ that Hall referred to when considering the symptoms, diagnosis, and treatment for his patients. A conservative count of borrowings in Hall’s text suggest a library of at least 60 volumes by 43 authors.

Hall’s library was mainly in Latin with one possibly French volume and two in English. . This volume by Martin Ruland the Elder for example was referenced by Hall in the Latin title of his casebook (Curationum historicarum et empiricarum), and throughout the text as a source for remedies.

Hall’s sources changed over the course of his career with new books added and older books referred to less frequently. Hall was especially diligent about adding new editions of pharmacopoeias, both herbal and chymical, into his library.

We can be sure this 1628 medical text-book by Martin Ruland the Elder was part of John Hall’s working library. He even references the Latin title of this volume in the title of his own casebook (Curationum historicarum et empiricarum, in certis locis et notis personis expertarum et probatarum, Libellus).