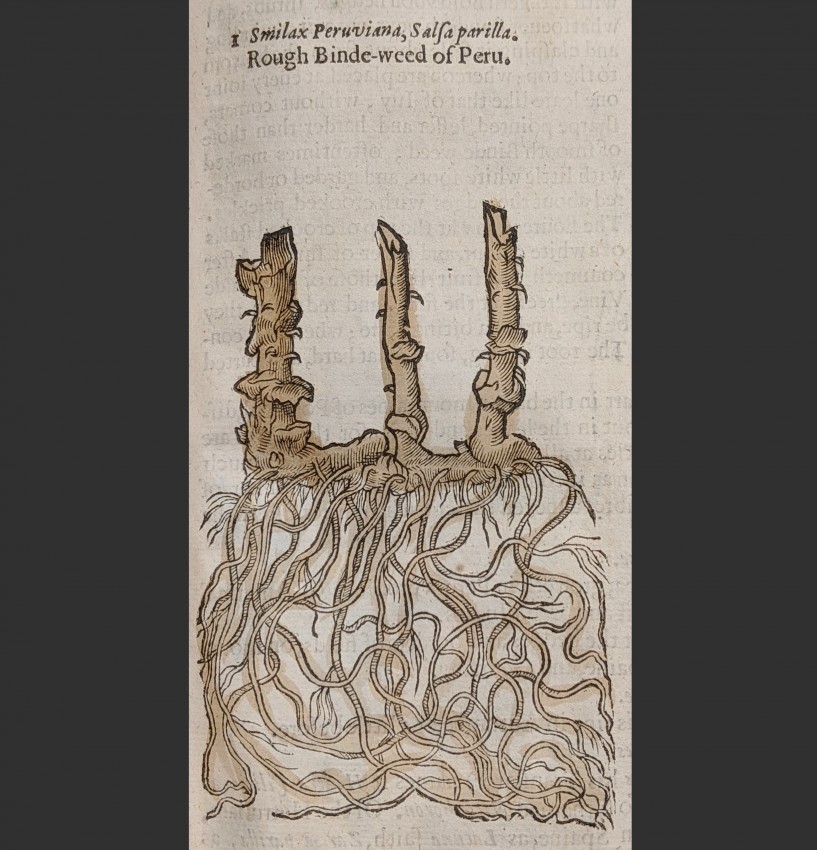 Another transatlantic ingredient Hall prescribed was sarsaparilla, which he mentions 32 times. Like sassafras only small quantities were imported into England during Hall’s lifetime and yet he prescribed it with some frequency. Hall used sarsaparilla in many of the same treatments as sassafras, with both ingredients often appearing together. Sarsaparilla though was also used by Hall in the treatment of coughs, headaches, itching, rashes, gonorrhoea, indigestion, loose bowels, blood in the urine, and obstructed menstruation.

Hall treated himself for a flux caused by riding to see patients despite having haemorrhoids (Case 155), and although other physicians eventually treated him, he ascribed his recovery to a hartshorn decoction and bloodletting which he carried out himself. He also decided upon recovery to purge himself once a week to maintain his health. Unfortunately, this caused ‘itching of the scrotum’, thankfully Hall had sarsaparilla decoction with antiscorbutic herbs on hand which cured the irritation.