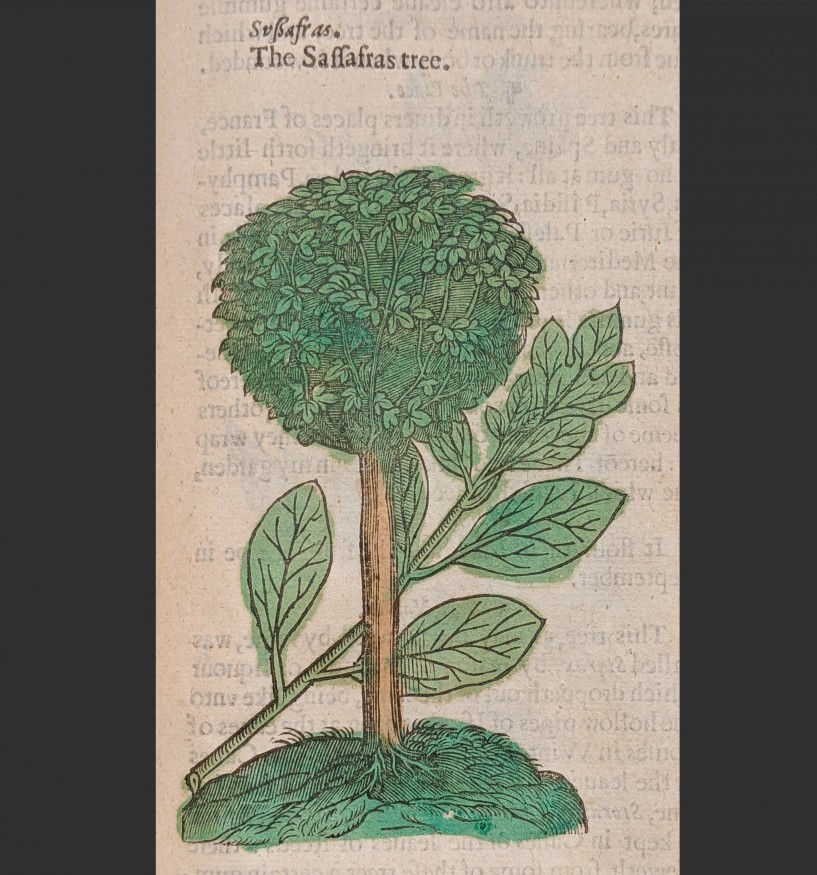 Hall not only made use of ingredients imported from Asia and the Mediterranean but also the newly ‘discovered’ plants from Virginia and the Caribbean. One of these ingredients was sassafras, mentioned on 29 occasions in Hall’s manuscript, and which was compared favourably to cinnamon in contemporary herbals.

Sassafras root and bark, like most North American ingredients, were not imported in large quantities and it has been estimated that fewer than 500kg was imported into England across John Hall’s lifetime. Despite this limited supply Hall regularly prescribes sassafras, suggesting a reliable stock at Stratford apothecaries.

A decoction of sassafras was thought to be useful for a wide variety of ailments and Hall used it against fainting, and convulsions, and also as a purgative, laxative, and to provoke sweating. Most important for Hall’s practice was its use against scurvy, something that Hall was proud of his ability to treat successfully.