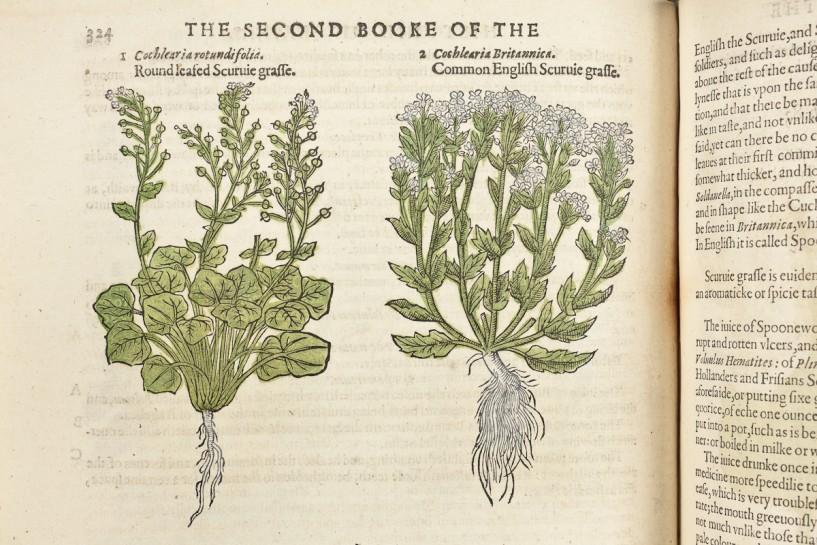 Hall was particularly proud of his ability to diagnose and successfully treat scurvy. He had a variety of books in his library specifically about scurvy including the well-respected De scorbuto morbo tractatus by Sennert (1624) which contained reprints of several other texts on the subject, and De Scorbuto morbo liber by Eugalenus (1604).

In the seventeenth century scurvy was thought to be caused by an excess of black bile spleen and had been described from the sixteenth century. Hall did not innovate new treatments for scurvy, relying on standard ingredients such as scurvy-grass, pictured here.

Hall was proud of his ability to diagnose this disease which notoriously mimicked other illnesses. This can be seen in his treatment of Dr Thornborough, Bishop of Worcester, for ‘scorbutic arthritis’ (Case 164) which, had ‘deceived and made sport’ of the Bishop’s other physicians.