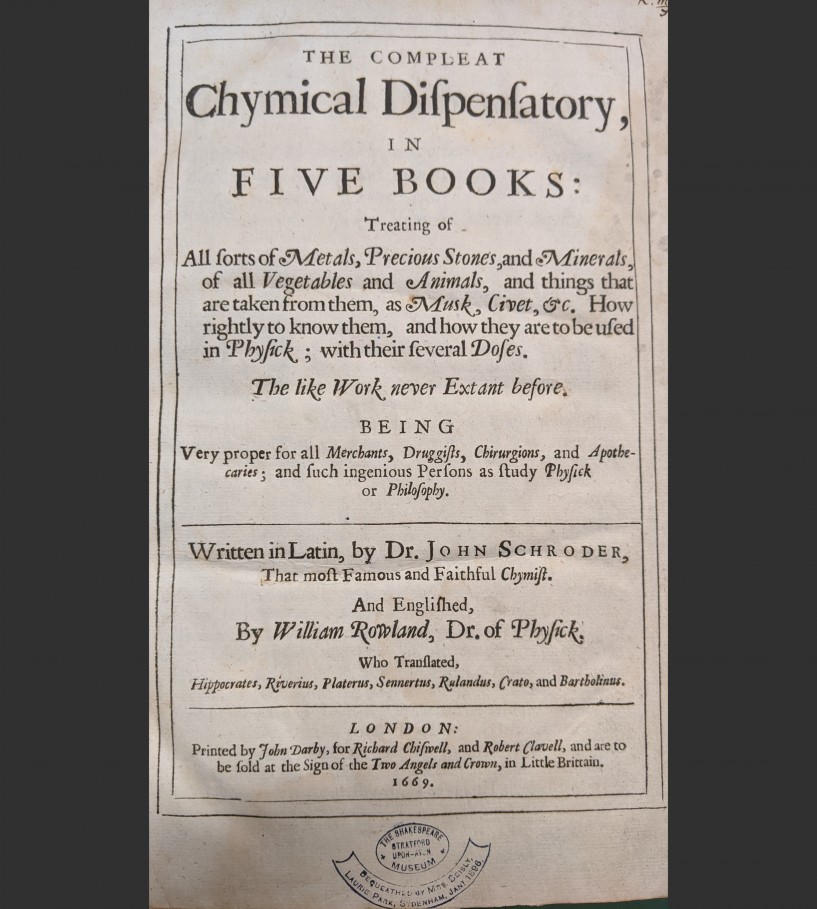 In addition to a global stock of herbs Hall also embraced chymical medicine, first espoused by Paracelsus in the sixteenth century. From his arrival in Stratford-upon-Avon in 1607 Hall started to collect more volumes of chymical remedies. He made use of mercury six times, refers to antimony once, and frequently prescribes a ‘Chymical Cup’ made of, or lined in, antimony to provoke vomiting in his patients.

The place of mercurial and other chymical remedies was a part of accepted practice after their inclusion in the 1618 Pharmacopoeia Londinensis though iatrochemistry (as the discipline of chymical medicine was known) was not taught at English universities.

Many iatro-chemists were evangelical and sought to supplant Galenic herbal remedies. Rather than supplant herbal medicine though, chymistry was used in conjunction with traditional remedies and, in the practice of physicians like Hall, was used widely and consistently by the end of the seventeenth century.