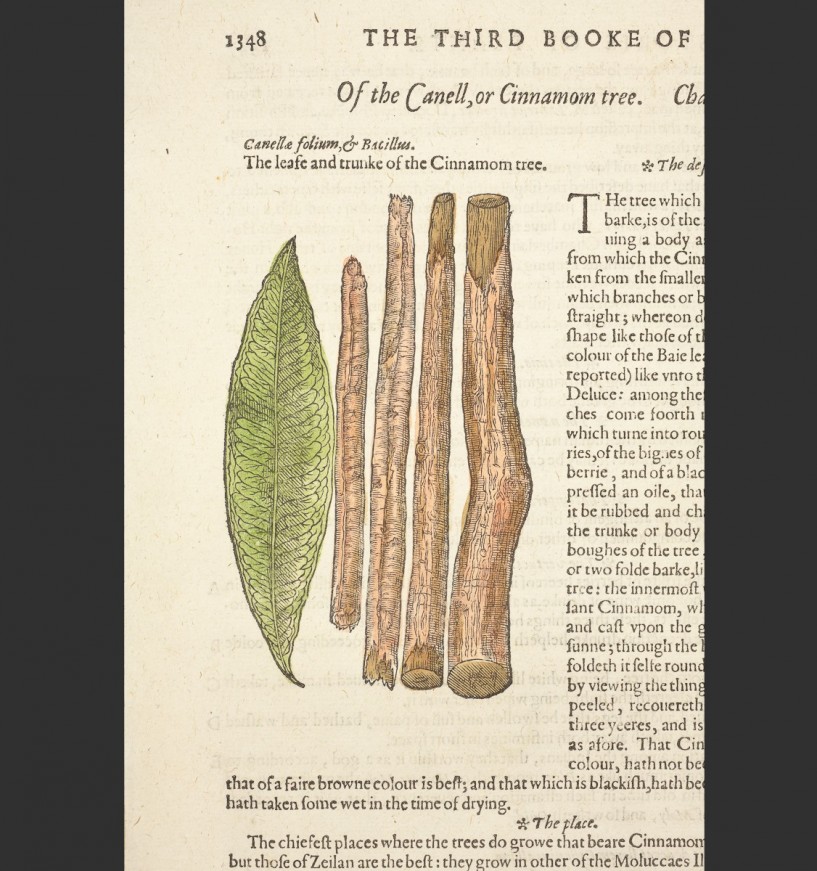 Hall did not confine himself to ingredients native to Britain. He made use of the spices that came from Asia via mainland Europe. One of these was cinnamon. Hall records fifty-nine occasions where he prescribed cinnamon in his casebook.

Illustrated herbals emphasised cinnamon’s benefits for diseases of digestion where it promoted production of wind whilst comforting and stopping any pain. Hall uses it to treat wasting and scurvy, breathing difficulties, and to provoke sweating in addition to its digestive virtues. In Case 34, for example, when treating Captain Bassett for melancholy Hall uses cinnamon in treatments focused on the stomach and these apparently alleviate all of the Captain’s symptoms.

Though it had to be imported as it would not grow in England cinnamon was a common medical commodity in the seventeenth century. It would have been found at apothecary shops across the country and would have been used without controversy.