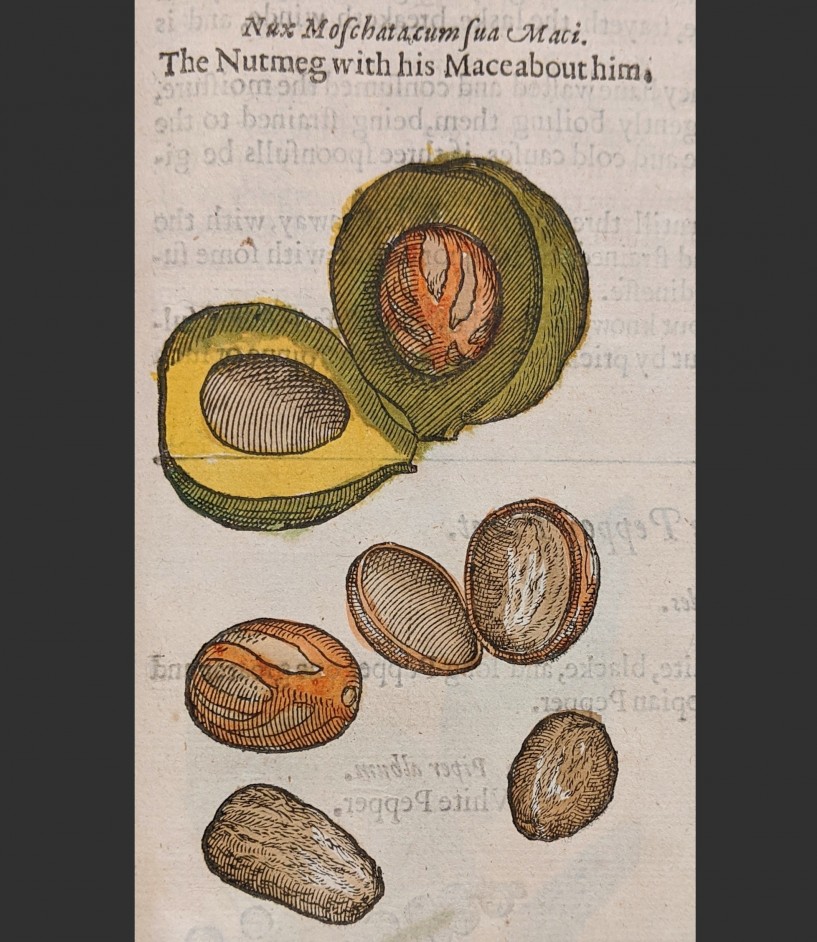 Another imported ingredient that Hall prescribes as part of his remedies was nutmeg. This spice, native to modern Indonesia, is mentioned thirty-six times by Hall, as both an ingredient and a measure of dosage (‘the quantity of a nutmeg’).

Gerard in his illustrated herbal, suggests many uses for nutmeg, including giving sweet breath, improving sight, treating swelling of the spleen, and provoking wind. Hall uses Nutmeg in a laxative beer, against melancholy, to provoke sneezing, separately to provoke wind, and to strengthen the heart amongst others. Like cinnamon nutmeg would have been commonly available in early seventeenth century England and would have been uncontroversial in medicinal products.

Cinnamon and nutmeg were traded from South-East Asia by the Portuguese and the Dutch who then sold them on to other European markets. These two ingredients alone point to the complex and extensive trade network that Hall benefitted from when treating his patients.