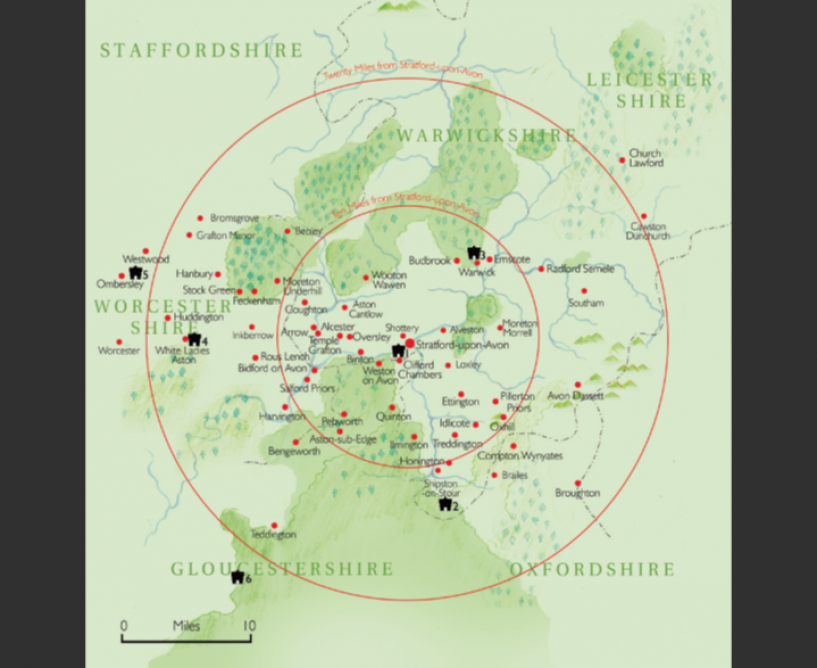 Hall was consulted by people in Stratford-upon-Avon of all social levels as well as gentry living outside the town. This map shows the distances that Hall regularly travelled to consult with patients.

Amongst his most famous patients were the poet Michael Drayton (Case 22) treated for Tertian Fever, the Bishop of Worcester, Dr John Thornborough (Case 164), and the First Earl of Northampton (Cases 2, 79, 83).

It was not just the influential and landed that Hall treated; he also refers to many patients in ways that suggests they were of lower social standing. William Clavel (Case 76) is among these patients as is, James Ballard (Case 112) who was possibly a yeoman farmer. It is clear from Hall’s thanksgivings, which he wrote for those of all social levels, that Hall saw his duty of care as a physician as more important than the status of his patients.

This map shows the usual areas within which Hall worked. ©Philip Watson. Reproduced by permission of Philip Watson.