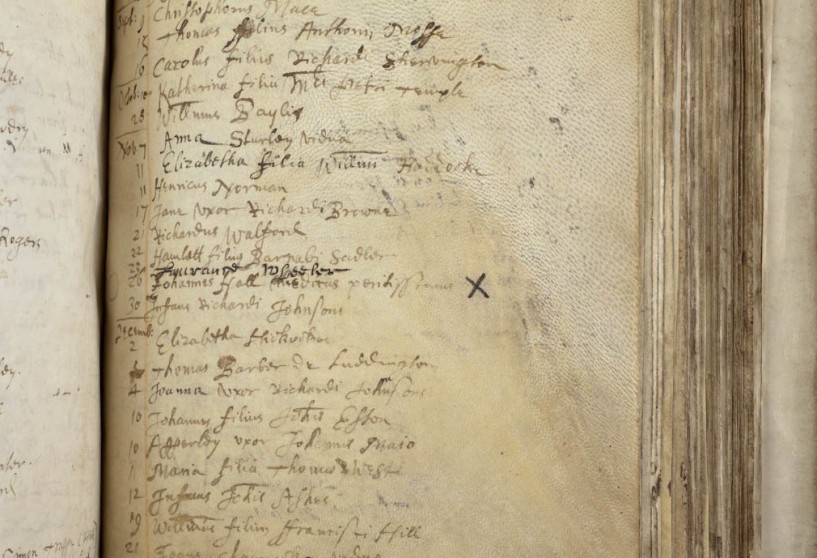 John Hall attended Queen’s College Cambridge where his BA was awarded in 1593/4 and his MA in 1597. In addition to university Hall likely apprenticed himself to his brother-in-law William Sheppard of Leicester who had a Doctorate from King’s College Cambridge.  Hall also probably travelled abroad to France to expand his medical experience.

Even holding his MA Hall was only able to practise medicine with an Ecclesiastical licence. These were usually granted by bishops but in Stratford they were granted by the Peculiar Church Court which shared responsibilities with the Bishop of Worcester. Hall is listed as a ‘professor of medicine’ in church court records from 1622 which meant the court recognised his profession as medicine, and as you can see here, his burial entry in the records of Holy Trinity Church note that he was a most skilled physician.

John Hall's entry in the Burial Register (marked with an ‘X’), Holy Trinity Church, Stratford-upon-Avon, November 26 1635 (Shakespeare Birthplace Trust DR243/1, f.60) which describes him as 'medicus peritissimus' (a most skilful physician), confirming that Hall’s status as a respected medical professional in Stratford persisted until his death.