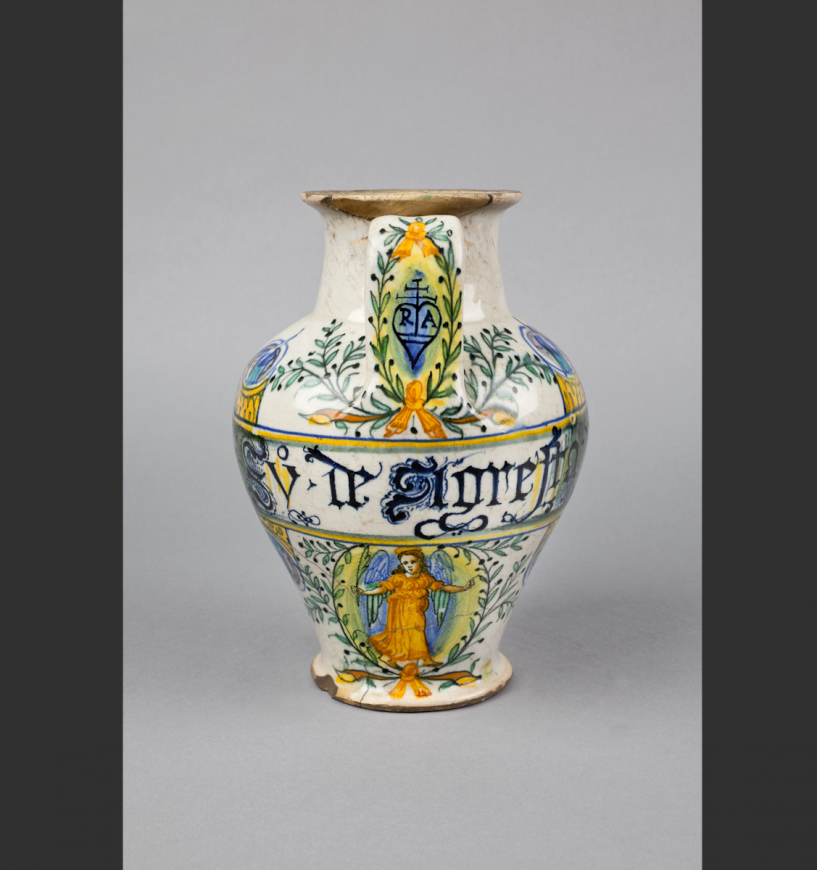 The Other Medical Practitioners in Hall’s Circle: Apothecaries

An apothecary would have been who made and dispensed Hall’s prescriptions. Like the Surgeon, apothecaries were trained by apprenticeship and often belonged to grocers’ guilds.

In Case 98 (c.1621) Hall records treating a 17-year-old girl who has been identified as Frances Rogers, daughter of Philip Rogers, an apothecary in Stratford-Upon-Avon. Rogers’ shop may have contained the kind of highly decorated drug jar shown here.

Another apothecary is known from the town during Hall’s time there. John Courte, apothecary, is recorded as purchasing a house in the High Street in 1628, in records held by the Shakespeare Birthplace Trust (SBT: DR149/116/13).

These five surgeons and apothecaries suggest that despite its provincial status Stratford-upon-Avon in the first half of the seventeenth century was well supplied with medical practitioners of all kinds and so would have served as a good base for Hall to be able to treat his patients.