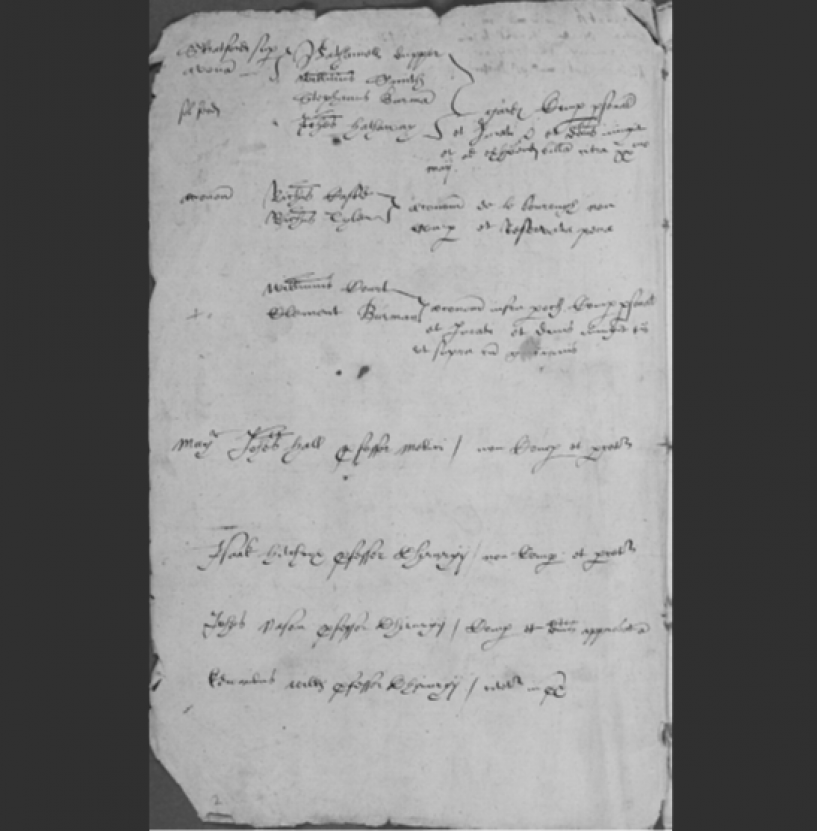 The Other Medical Practitioners in Hall’s Circle: Surgeons

Hall as the physician in Stratford would have relied upon local apothecaries and surgeons to treat his patients. There are some indications in Hall’s text of these other practitioners though he likely worked with more than are noted.

The practitioner concerned with physical interventions, bleeding, and suturing (sewing wounds closed), was the surgeon. Trained by apprenticeship surgeons often belonged to guilds of barbers and barbers would often have done minor bleeding.

In Case 67, dated to 1624, one John Nason consults Hall for stomach and lower back pain. Hall describes Nason as ‘a barber of Stratford-upon-Avon’ but John Nason was licenced by the Bishop of Worcester to practise as a surgeon in 1622. Stratford-upon-Avon Ecclesiastical Court records from the same date also name two additional ‘professors of surgery’: Isaac Hitchcox, and Edward Wilkes. It is likely that Hall would have known and worked with all three men.