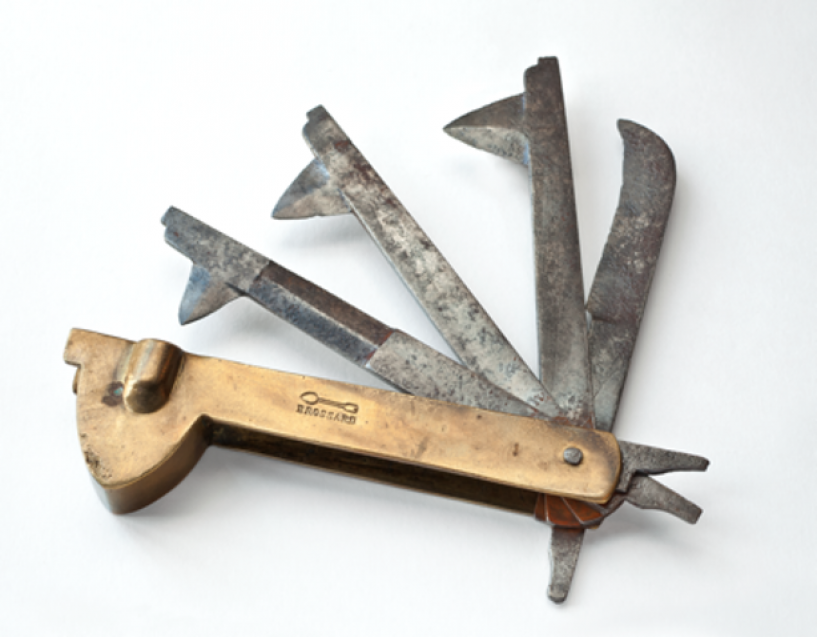 Hall generally only diagnosed and prescribed as was proper for a physician. There are however some exceptions recorded in his casebook.

When treating himself (Case 155), he took 10oz of blood from his hepatic vein, possibly with a fleam like this. When treating Susanna, his wife (Case 19), he applied a plaster after injecting an enema. Beyond his family, there are other instances of Hall personally treating patients. He applied remedies to the Earl of Shrewsbury’s infant son to treat worms and a fever (Case 56), and he produced a plaster of wormwood and pork fat to cure the sore throat of Mr Rogers, vicar of Stratford (Case 72).

There is no evidence that Hall was producing large quantities of medicine, nonetheless it is interesting to note that as a provincial physician Hall was more comfortable getting his hands dirty than his London contemporaries would have thought proper.