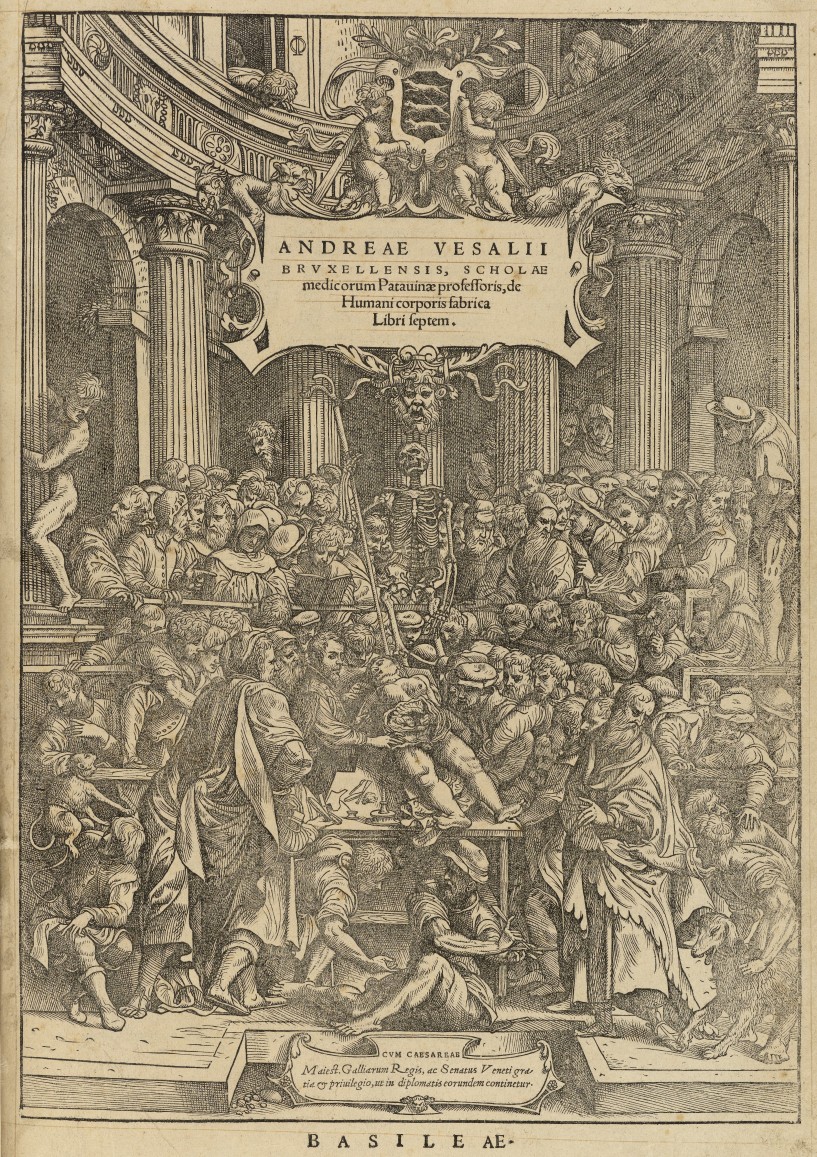 Andreas Vesalius (1514 - 1564 AD), Professor of Surgery and Anatomy at the University of Padua, was instrumental to the practice anatomy. Historians claim his treatise De humani corporis fabrica (The Fabric of the Human Body) (1543), as one of the greatest scientific works of all time. In it, Vesalius described different features of the human body including the bones, joints, muscles, blood vessels, heart, lungs and brain. It provided the most accurate account of human anatomy yet produced and was accompanied by detailed illustrations. Since Galen had only ever dissected animals, Vesalius was able to correct many of his errors.

De humani corporis fabrica signalled a turning point. Vesalius stressed the importance of personal observation in understanding the human body rather than a reliance on ancient texts. His followers agreed. It was during this phase that the interior of the body began to be mapped out. Gabriele Falloppio (1523-1562 AD) described the female reproductive system while Girolamo Fabrizio (1537-1619 AD) discovered the valves in the veins.

Though the English universities lagged behind the continent, the University of Cambridge, the Company of Barber Surgeons and the Royal College of Physicians were granted corpses for research. The bodies were those of executed criminals.

But this was not a complete revolution. Ultimately the stress on observation was relevant because anatomists were only concerned with describing the interior of the body. They still largely believed in Galen’s ideas about how it actually functioned, including the doctrine of humours. As such, these discoveries did not have an immediate impact on medicine.