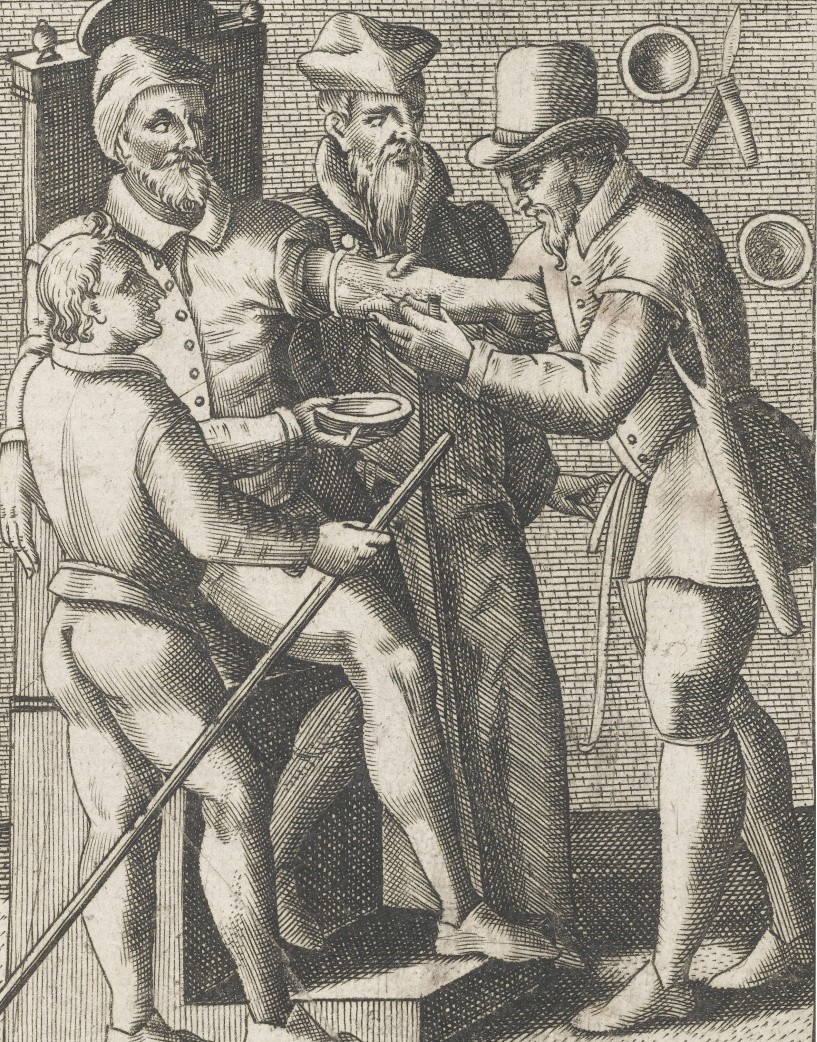 According to the theory of the four humours, an important means of healing a patient was to bleed them, removing the excess or corrupt humour and restoring balance to the body.

This was an incredibly common method of treatment, mostly performed by surgeons. The amount of blood removed could depend on such varying factors as the weather, the area of the body afflicted and the constitution of the patient. Swooning or fainting was expected and often marked the culmination of treatment.

Bloodletting could be performed in a variety of ways. Venesection was the most common and involved cutting the vein with a sharp knife, allowing the blood to drain into a bowl. Cupping was a less common method whereby a warm glass cup was held over a portion of skin which had been scarified. As the cup cooled, a vacuum was created and the blood drawn into it. Lastly, leeches could be used for the purpose but this too was less popular than venesection.

A man extends his arm, ready for bleeding by a surgeon. The surgeon prepares to pierce the vein, while an attendant holds a bowl, ready to collect the blood.