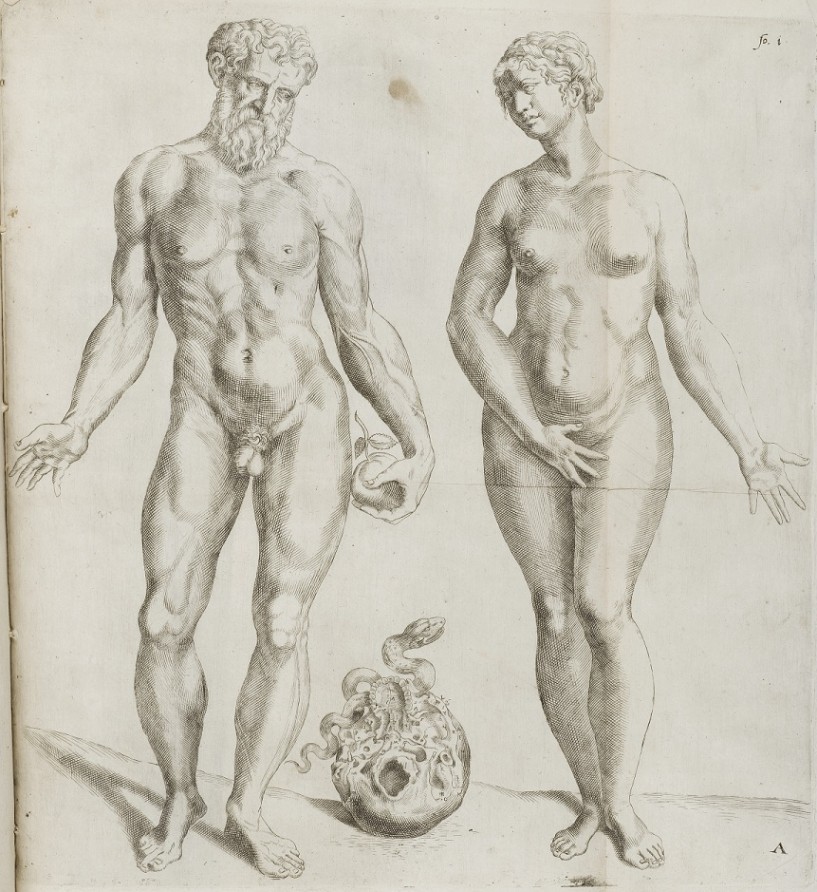 The balance of humours was thought to determine whether a person was male or female. Male bodies were dominated by hot and dry humours while females were cold and moist, making them weaker in body and in mind.

Ultimately the perfect body was male and the most perfect male had been Christ. Women were still paying for the sins of Eve, as evidenced by their suffering in childbirth. Aristotle (c. 384 – c. 322 BC) had considered the female form to be an aberration and Helkiah Crooke (1576 - 1648 AD) even referred to the woman as:

“the first monster in nature”

In this image the external male and female forms are revealed through the figures of Adam and Eve. They are pictured after The Fall, with Eve attempting to cover her nakedness.