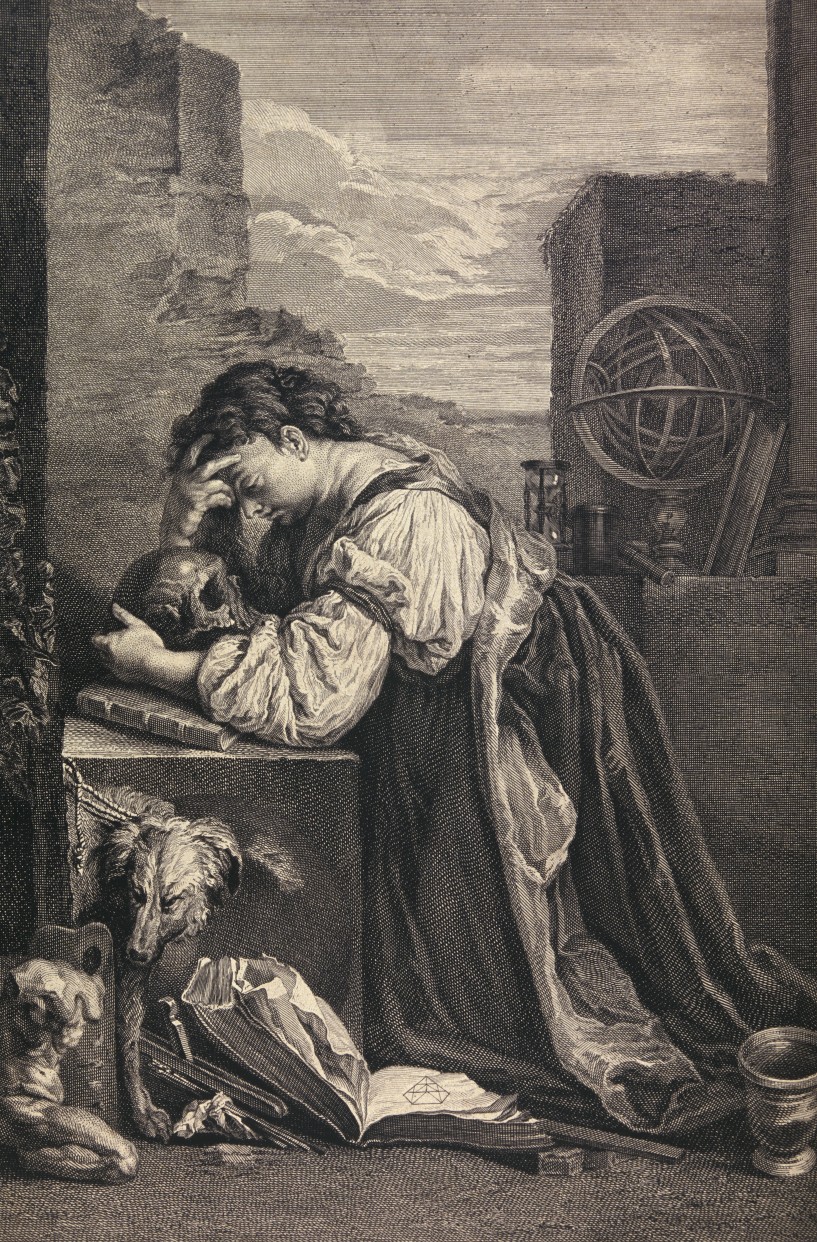 Mental illness was not necessarily a destructive force, it could also be the source of creativity. Michael Drayton (1563 - 1631 AD) once praised Christopher Marlowe (1564 – 1593 AD) in this manner, stating:

“For that fine madness still he did retain, which rightly should possess a poet’s brain”

Scholars and poets were apt to suffer melancholy, considered a ‘distinguished’ illness which many held as central to their artistic abilities.

Medical practitioners also had to be careful in diagnoses of mental illness that their patients were not in the throes of a religious experience. Even Christ was held to have succumbed to strange behaviour in this way, with St. Mark recounting a time when his actions were so unusual that his family were afraid for his mental state. Trance-like states or visions of angels and spirits were a recognised reality of religious expression. As such, they were not necessarily considered symptomatic of damaged mental health.

The female figure in this image contemplates a skull, as she sits surrounded by instruments of learning.  She symbolises melancholy, which was often associated with intelligence and scholarship. Robert Burton even considered too much study to be a cause of the illness.

Melancholia: a female figure contemplating a skull, surrounded by attributes of knowledge and learning.