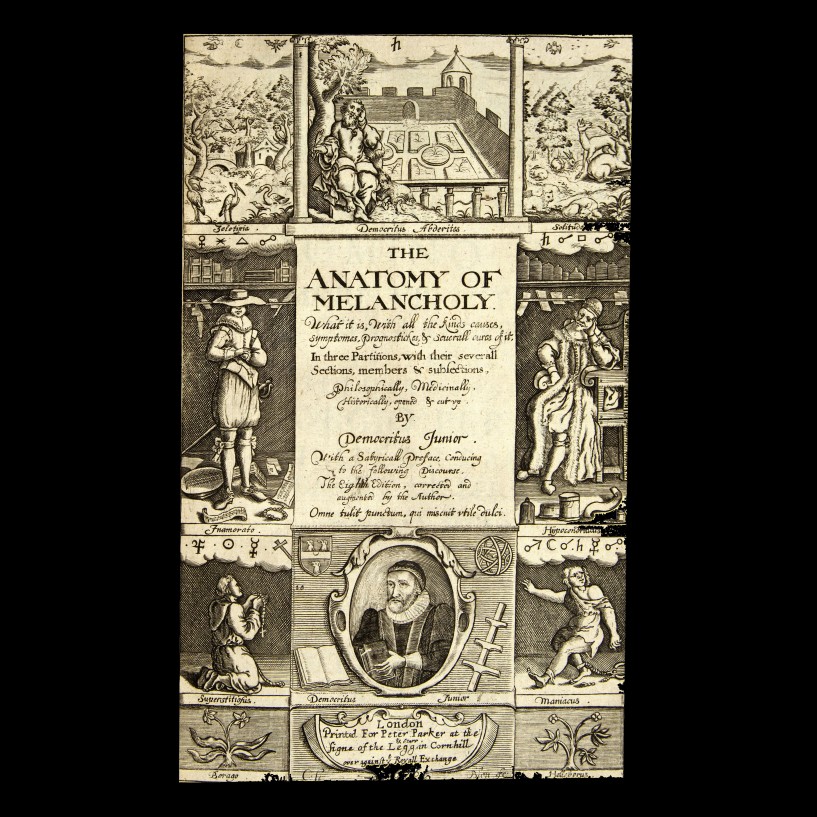 In the 1500s and early 1600s the body and mind were treated as one and mental and physical illness were not considered to be separate. As such, the concept of mental illness was not understood in the same way as it is today although there were ailments which specifically affected the brain. In his seminal work The Anatomy of Melancholy (1621) Robert Burton (1577 – 1640 AD) highlighted different illnesses of the mind including: delirium, ‘lycanthropia’, whereby sufferers believed themselves to be wolves or beasts, and ‘melancholy’, characterised by prolonged fear and despair without cause.

There were many different causes of such illnesses. Certainly, the whole body, including the heart, liver, kidneys and bowels, had the power to affect the functioning of the mind. The brain had particularly close links to the liver, so illness of the liver could lead ‘by consent’ to illness of the brain. An imbalance of humours, or their corruption, could also result in a disease of the mind. Melancholy, for instance, was caused by black bile that was either tainted or in excess.

Many people believed that mental disorders could also be caused by the devil and his agents, or by witchcraft. This explanation was particularly attractive since the witch could be tried and punished and the illness alleviated. Not everyone believed that supernatural forces were to blame for mental illness however. Increasingly the university trained physicians stressed a natural interpretation at odds with popular beliefs. The Dutch physician Johann Weyer (1515 – 1588 AD) argued that even those who confessed to witchcraft were labouring under a form of mental affliction.

The Anatomy of Melancholy

The Anatomy of Melancholy was first published in 1621. It went through five subsequent editions in Burton’s lifetime and is still considered a major early work on the science of the mind.

Burton dedicated a large part of the text to ‘love-melancholy’, using Shakespeare’s characters to illustrate different states of love. For example, he references Beatrice and Benedick from Much Ado About Nothing who, while ultimately falling for each other, are initially ‘harsh and ready to disagree’