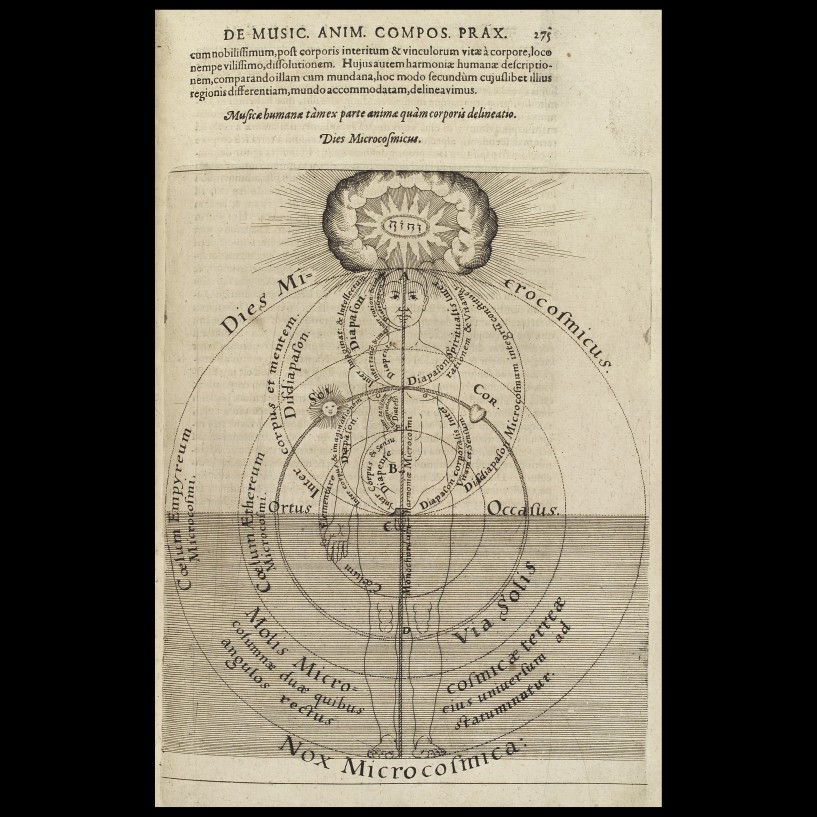 Religion was central in understanding the human body, which was seen as evidence of God’s divine workmanship, moulded in his own image. The body was thought to be a ‘microcosm’, a miniature version of the ‘macrocosm’, the whole universe.

This illustration titled ‘the musical composition of the soul’ represents man as a microcosm of the universe, with the human figure existing in perfect harmony and in proportion with the heavens. The distances between different parts of man and therefore of the universe are described in terms of musical notations, for instance, the interval between imagination and intellect is an octave while a double octave lies between the body and mind. Each circle represents a different sphere of heaven; the ‘highest heaven’ intersects with the human brain. A rope extends vertically through the image, labelled ‘monochord’ after the one stringed instrument used in the mathematical determination of musical intervals. The image suggests the perfection of the human form in relation to God and the universe as a whole.