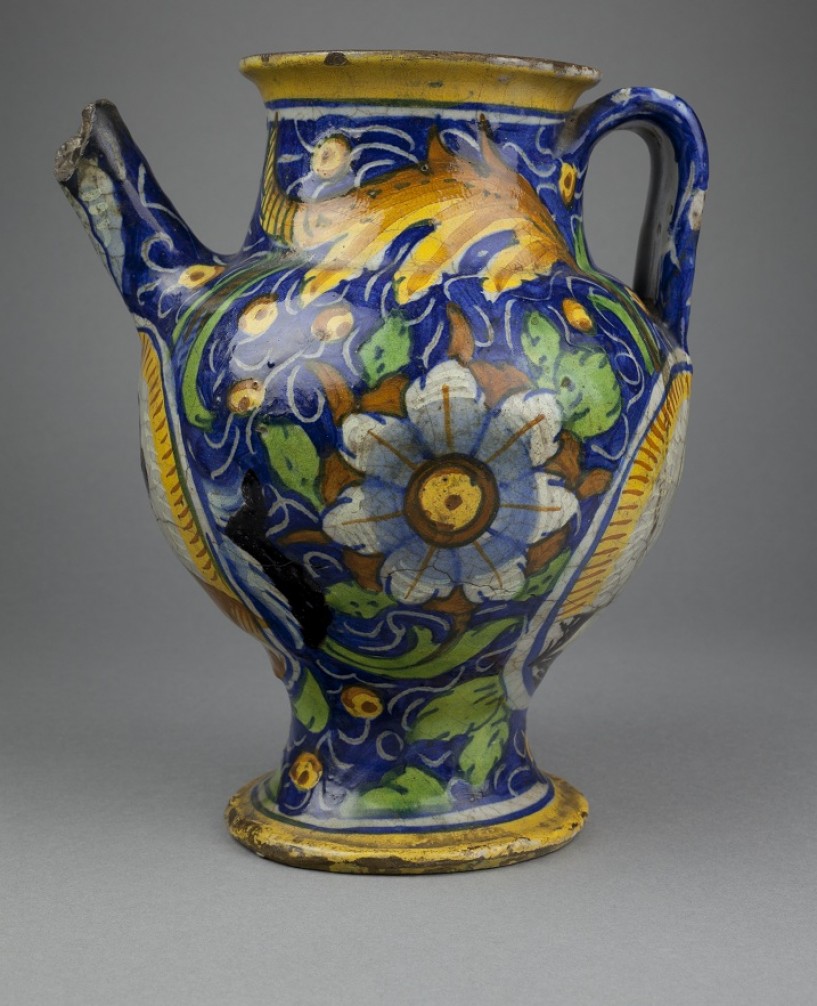 Treatment in this era often involved the use of remedies. They were made by a variety of practitioners including apothecaries, physicians and housewives. Apothecaries sold ingredients and manufactured drugs but could often be expensive. As such, women were expected to have good medical knowledge and to take care of the health of the household. They cared for ill relatives, treated minor injuries and assisted with childbirth. They often grew their own herbs and knew a range of remedies to treat a variety of ailments. The natural world was seen as a vast store of possible cures, available to both rich and poor.

“The Lord hath created medicines of the earth, and hee that is wise will not abhorre them”

Remedies were often used as vomits (emetics), purgatives or clysters (enemas), to expel excess humours from the body. Herbs and plants were also subscribed the four qualities of cold, hot, moist and dry and could be used to counteract the effects of dangerous humours.

‘Simples’ were remedies which required only one ingredient. Most often though remedies involved a variety of components formed of plant, animal or inorganic matter. Astrology was also important in providing a guide to the best plants to use for a particular ailment, and the best times to pick them. The ‘Doctrine of Signatures’, was another means of choosing the correct ingredient to act as cure. The theory was that if a plant looked like a part of the body, it would likely cure that part. For instance, trefoil was used for heart disease, liverwort for liver disease, and cyclamen for the ears. In each of these cases the leaves of the plants resembled the organ to be treated. Efforts were made throughout this period to rediscover the remedies and plants of classical practitioners, such as Galen, in Greece and Asia Minor. The range of herbs available was also greatly expanded as a result of voyages to America and other parts of the world.

The use of chemicals also increased, largely as a result of the teachings of the Swiss-German philosopher and physician Paracelsus (1493 – 1541 AD). Paracelsus was a great critic of Galen and formulated a new model of the body that was based on chemical principles. While he didn’t entirely deny the humours, for him, humans were a chemical concoction whose key properties were mercury, sulphur and salt. Diseases could be caused by poisonous discharges from the stars or minerals from the earth itself. He also advocated the use of chemistry in medicine, including mercury for the treatment of syphilis. Few of his works were published in his lifetime but spread across Europe in the later 1500s. Many rejected his overall philosophy but began to adopt the use of chemical remedies. The Pharmacopeia Londinensis (1618), published by the Royal College of Physicians, included chemical remedies but only as secondary to traditional Galenic treatments.

Drug jars were important for preserving and storing medicines. The shape of the jar depended on the drug. This jar would have been used for liquid medicines such as syrups and oils. Its decoration is an example of Venice maiolica, a type of tin-glazed pottery produced in the 1500s