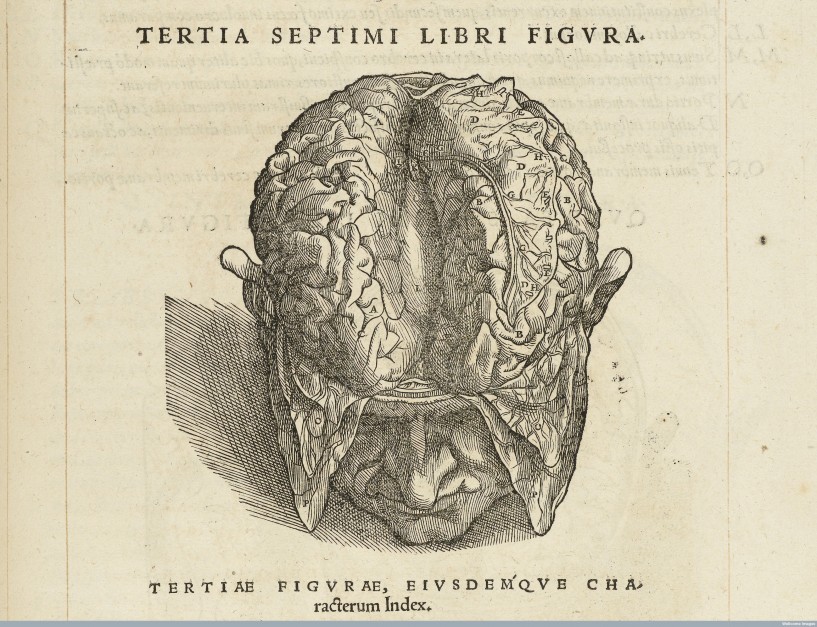 Aristotle had believed that the brain was secondary to the heart, and acted merely as a cooling agent. Others disagreed. Having observed the effects of brain damage, Galen concluded that the brain was in fact the site of mental activity: wisdom, memory, judgment and reason. During the middle ages the anatomy of the brain developed into what became known as ‘cell doctrine’, whereby different ventricles were assigned diverse mental functions, such as reason or phantasy (imagination). This idea lasted into the Renaissance. While the anatomists of the 1500s and 1600s contributed to the description of the brain, using terms such as ‘cerebrum’ and ‘cerebellum’, they made little progress in understanding how it actually functioned.

Figure of a brain with the membranes removed.