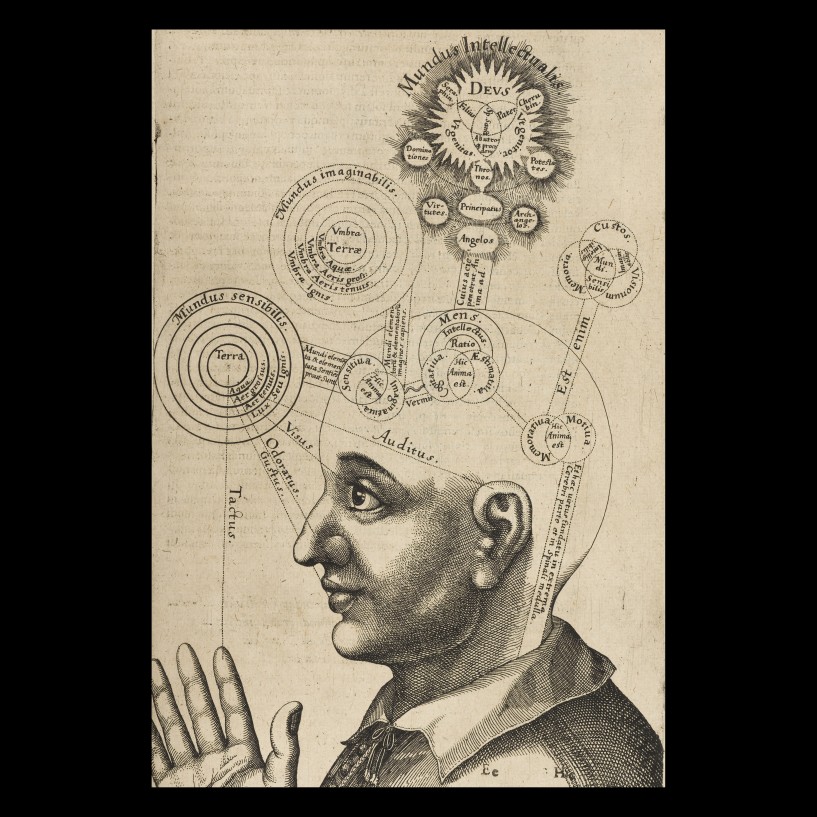 The brain was held to be ‘the seat of the soul’, the place in the body where God and man came together. The soul itself was divided into three principle faculties: rational, sensible and vegetal.

The rational soul was housed in the brain and belonged to humans alone. It allowed humans to comprehend the world around them, to consider universal truths and acquire greater knowledge. It was divided into two parts. The understanding and the will. Understanding was the means by which people could perceive and remember. It allowed for the consideration of philosophical ideas and belief systems and included an innate knowledge of God. It allowed humans not only to create but to reflect and judge their ideas.

“Bees indeed make neat and curious works, and many other creatures besides; but when they have done, they cannot judge of them.”

Robert Burton, The Anatomy of Melancholy, (1621)

By their will humans were also able to choose how to act or respond to any given situation. The idea of will was wrapped up in contemporary beliefs about original sin, in that people’s wills were naturally contrary to God’s and were susceptible to temptation by the devil. Nonetheless, it was possible for human beings to hold themselves in check by this action of the soul.

The sensible soul was also found in the brain and was the means by which humans and animals perceived the world. It was not present in plant life. It included the outward and inward senses. The outward senses were the five we still recognise today: sight, taste, touch, hearing and smell. The inward senses included phantasy (imagination) and memory. The sensible soul was also responsible for movement, whether of a single part or of the entire body.

This soul was shared by humans, animals and plants and was responsible for nourishment, growth, digestion and the basic functions of life. In human and animals it was housed in the liver but the other two souls could not survive without it.

Image showing the mental faculties of man, including the actions of the rational soul. The rational soul appears in the centre of the head, illustrated by concentric circles labelled ‘Mens’ (Mind), ‘Intellectus’ (Intellect/Understanding) and ‘Ratio’ (Reason). This soul is shown to link directly to the ‘Mundus Intellectualis’ (the world of the mind) including ‘Devs’ (God) and the hierarchy of angels.